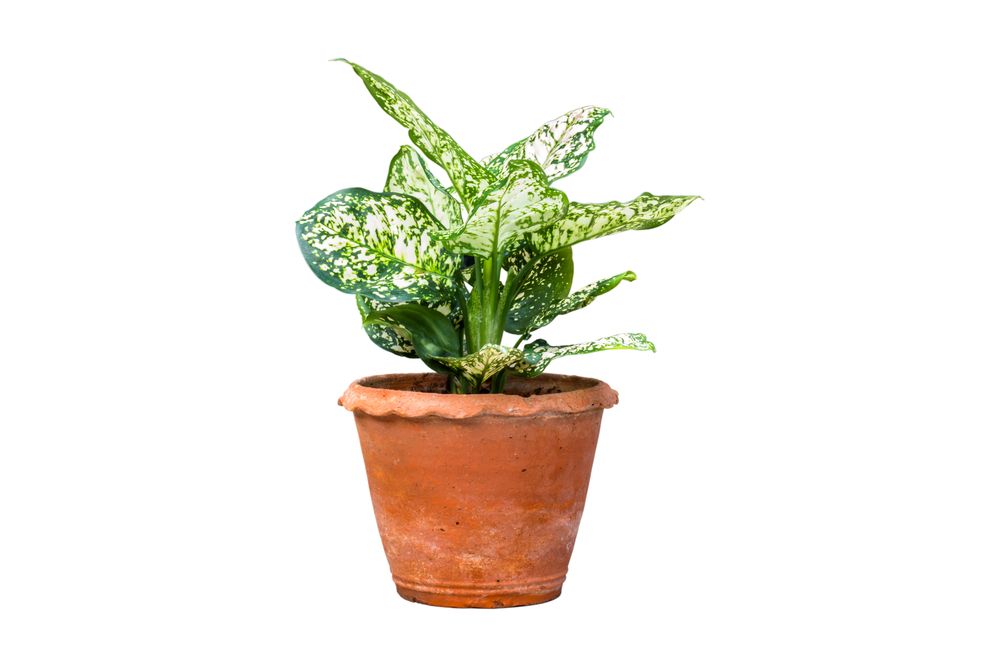 This adaptable plant improves its ability to purify the air over time. The Chinese evergreen develops best in humid, low-light spaces.

These are evergreen perennial herbs with stems growing erect or decumbent and creeping. Stems that grow along the ground may root at the nodes. There is generally a crown of wide leaf blades which in wild species are often variegated with silver and green coloration. The inflorescence bears unisexual flowers in a spadix, with a short zone of female flowers near the base and a wider zone of male.

Aglaonema have been grown as luck-bringing ornamental plants in Asia for centuries. They were introduced to the West in 1885,when they were first brought to the Royal Botanic Gardens, Kew. They have been cultivated, hybridized, and bred into a wide array of cultivars. They live in low-light conditions and are popular houseplants.

This mainly tropical genus is known for its intolerance of cold temperatures. Chilling injury can begin at 59 °F (or 15 °C). The injury manifests in dark, greasy-looking patches on the foliage.

Cultivars have been selected for their shape and size, and especially for the color and pattern of the leaves. Many have white or cream-colored stems. Some have also been developed to tolerate colder temperatures. The most common cultivar is ‘Silver Queen’,which has gained the Royal Horticultural Society’s Award of Garden Merit