A ratfish cruises the bottom depths at 236 feet • Earth.com

A ratfish cruises the bottom depths at 236 feet 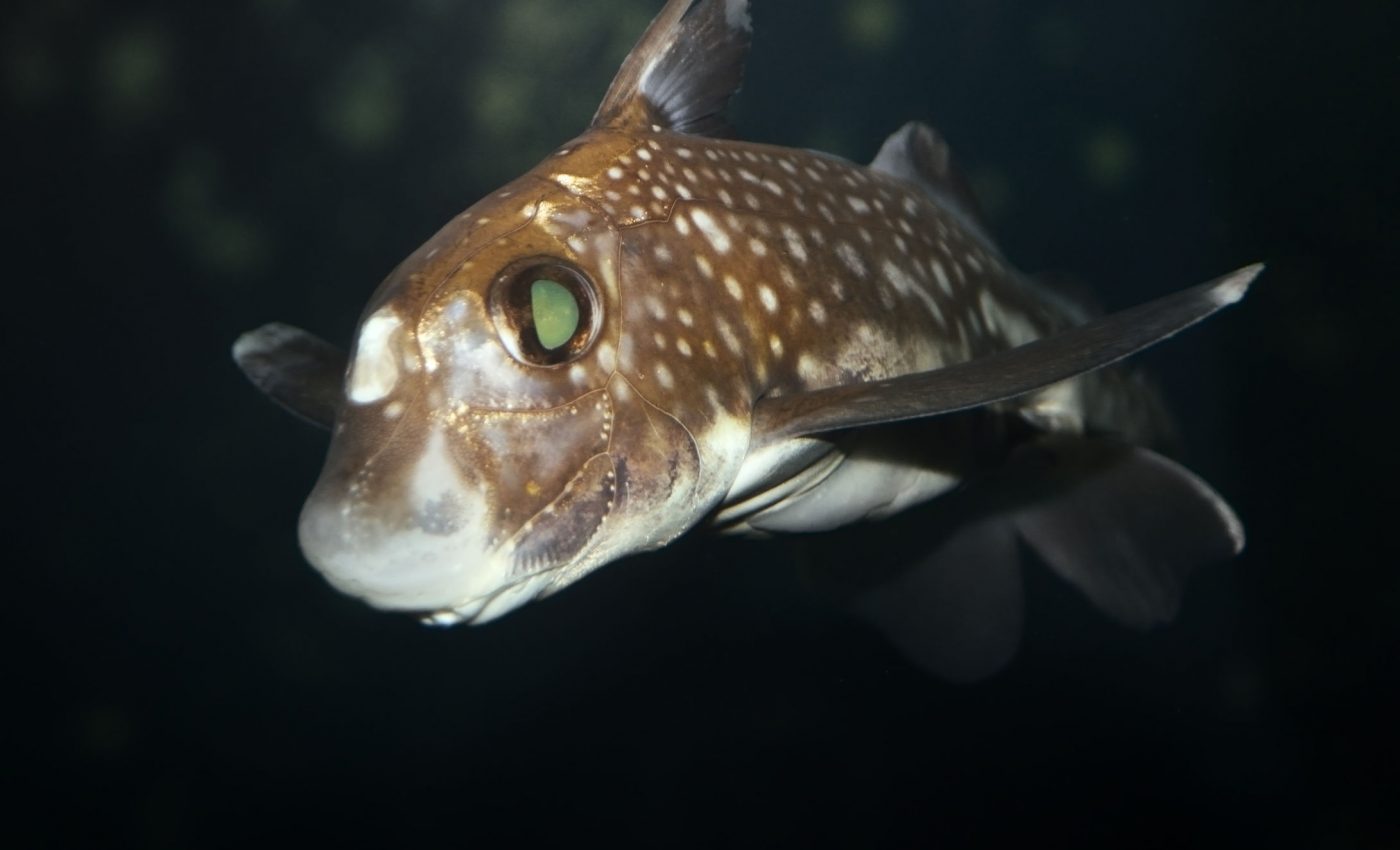 A ratfish cruises the bottom depths at 236 feet.

You can find the ratfish in the North Pacific Ocean and  often seen by divers at night in the Pacific Northwest, this cartilaginous fish gets its characteristic name from a pointed rat-like tail.

Although mainly a deep-water species, it occurs at shallower depths in the northern part of its range.

Generic name comes from the Greek words, meaning water, meaning hare, and the specific name honors Alexander Collie, who was a ship surgeon and early naturalist.  Also the Spotted ratfish is common in much of its range, not typically eaten by humans.