Blanca on Approach to Baja 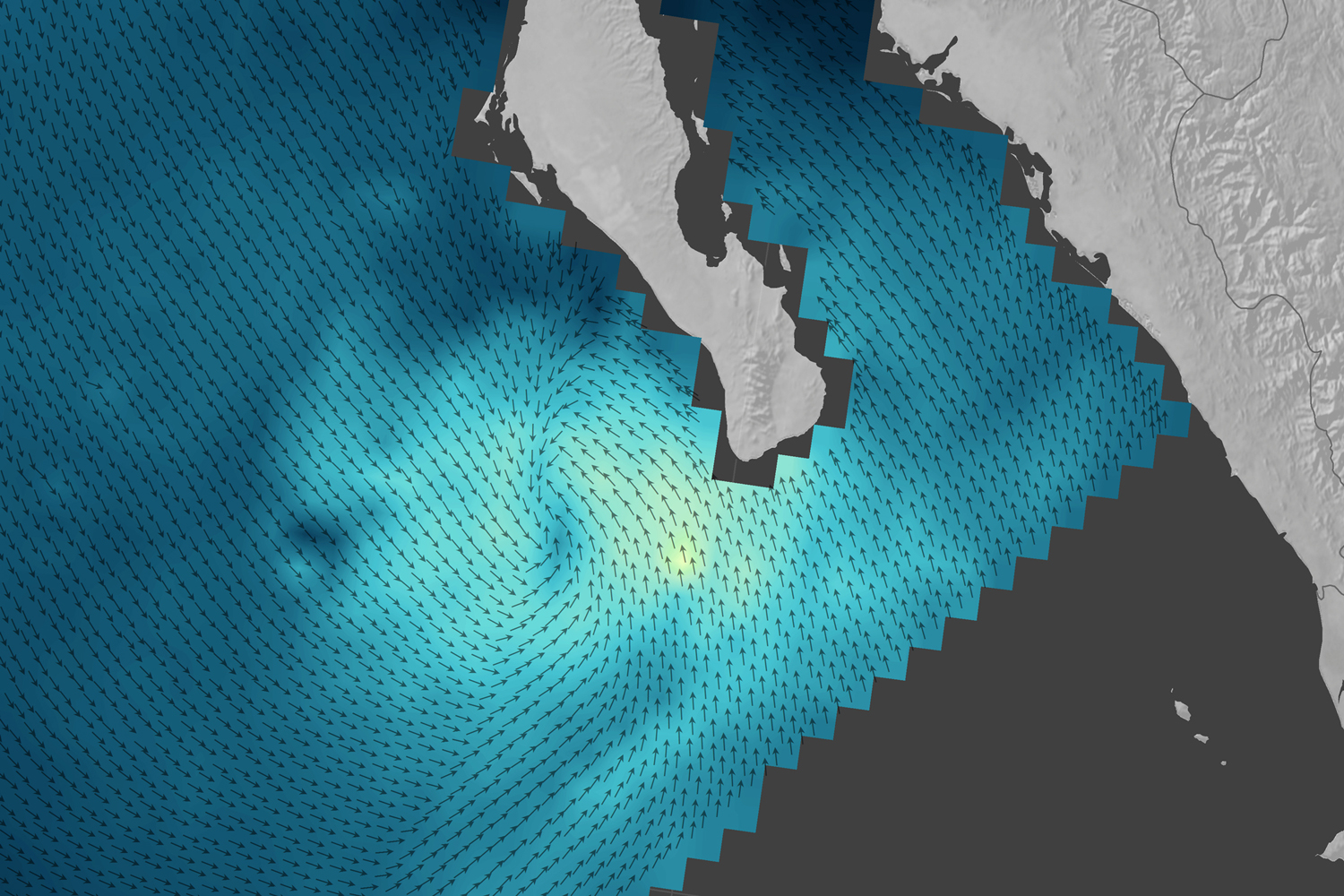 Blanca on Approach to Baja. Tropical Storm Blanca continued to dissipate after making landfall over Mexico’s Baja Peninsula on June 8, 2015. According to Weather Underground’s Jeff Masters, moisture from the storm was expected to bring rain to the U.S. Southwest.

The top image shows Blanca a few days earlier—before landfall—at about 7:30 p.m. Mountain Time on June 7 (0130 Universal Time on June 8) when the Category 3 storm was more than 400 kilometers (250 miles) south of Cabo San Lucas, Mexico. The image is based on measurements from the International Space Station-Rapid Scatterometer (ISS-RapidScat), and shows wind speed and direction near the ocean surface as measured from space.

Shades of blue-green indicate the range of speeds, with lighter shades representing stronger surface winds. According to the National Hurricane Center, maximum sustained winds were 195 kilometers per hour (120 miles per hour).

A short time earlier, at 12:30 p.m. Mountain Time (1830 Universal Time) on June 7, the Moderate Resolution Imaging Spectroradiometer (MODIS) on NASA’s Terra satellite acquired a natural-color view of Blanca (bottom) when it was a weaker Category 1 hurricane. Blanca on Approach to Baja has shown the massively strong winds that occur in a storm this size.