Cyclone Ashobaa Over the Arabian Sea 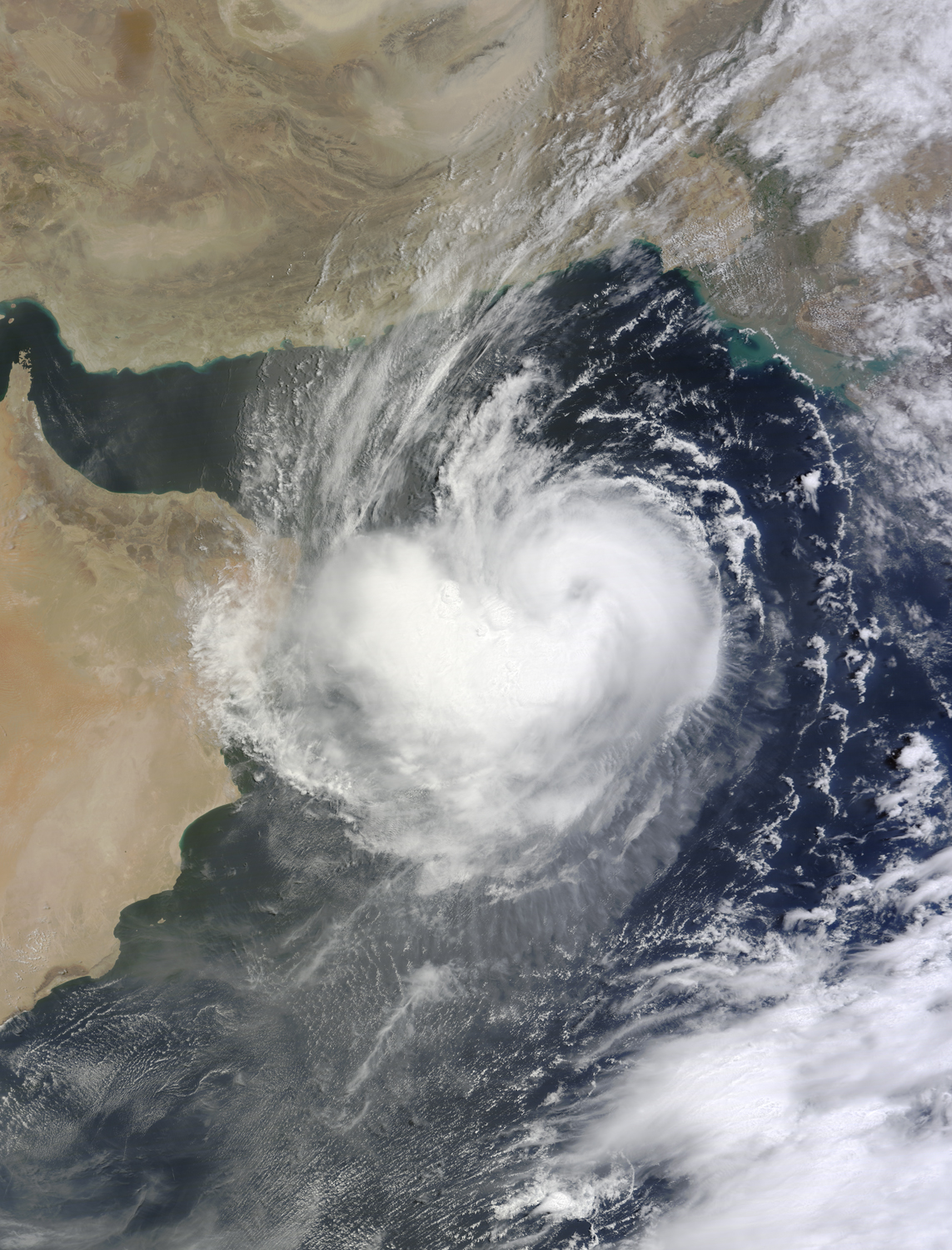 When the Moderate Resolution Imaging Spectroradiometer (MODIS) on NASA’s Terra satellite passed over the Arabian Sea at 10:50 a.m. local time (06:50 Universal Time) on June 9, 2015, Ashobaa lacked an obvious eye and had an irregular shape. Yet the storm’s power was evident in the overshooting topsthat bubbled up from its center. The storm had maximum sustained winds of 92 kilometers (57 miles) per hour and gusts of 120 kilometers (74 miles) per hour, according to the Joint Typhoon Warning Center.

Forecasters expect Ashobaa to track westward over the next several days, with a potential landfall in Oman. The warm waters of the Arabian Sea will cause the storm to strengthen somewhat in coming days, but an influx of dry air from the north should counteract that as it approaches land.

The intensity of pre-monsoon storms over the Arabian Sea has increased in the past decade. Some researchers have attributed the increase to emissions of black carbon and other aerosols. According to that line of research, increasing aerosol emissions may be changing regional circulation patterns in ways that reduce wind shear over the Arabian Sea. Strong wind shear—a large difference in wind speeds at the top and bottom of the troposphere—can prevent tropical cyclones from forming or tear them apart after they develop.