Cloud streets flowing off the northeastern US coast • Earth.com

Cloud streets flowing off the northeastern US coast 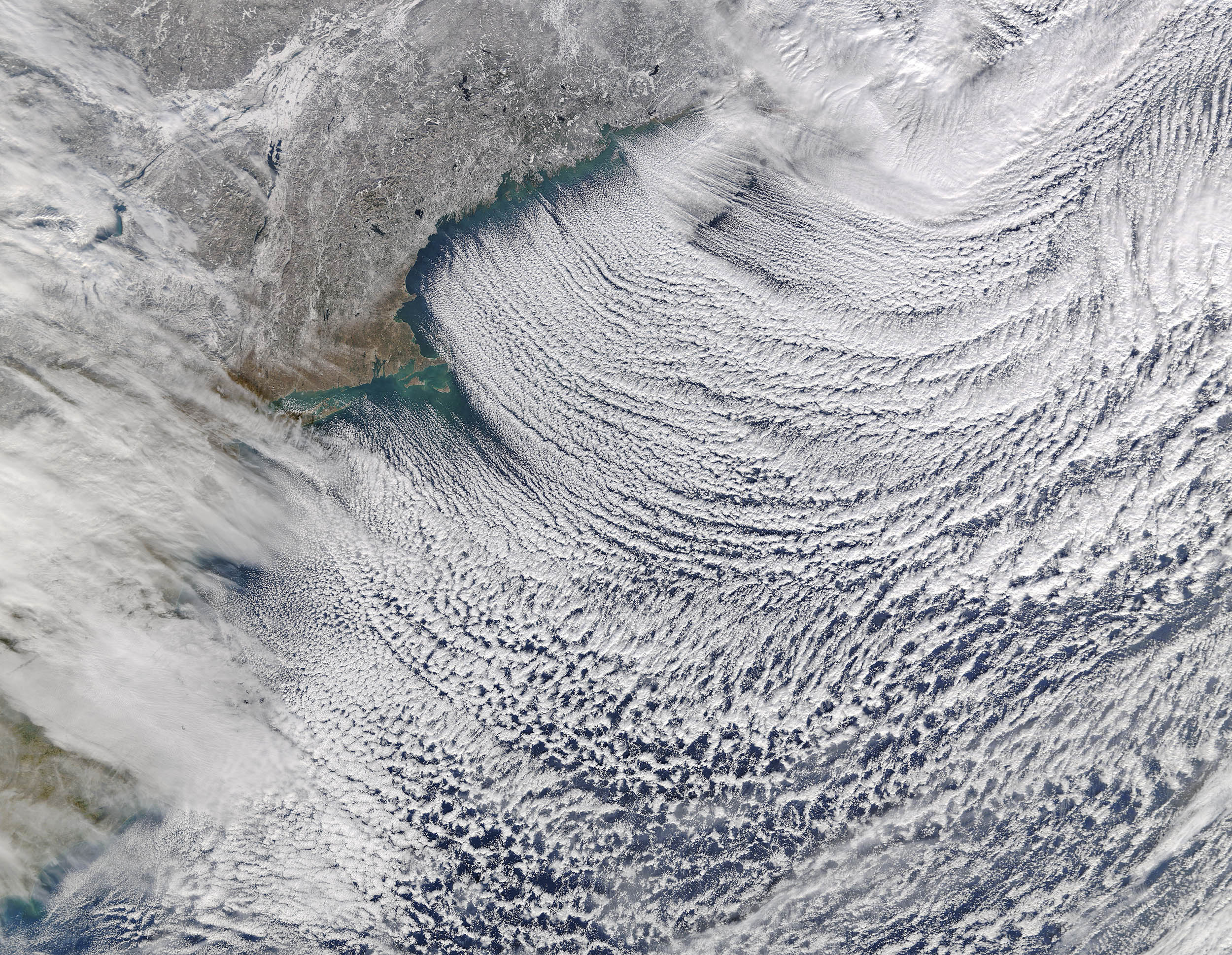 Cloud streets, technically called horizontal convective rolls, are long rows of parallel cumulus clouds flowing in the direction of the wind. Cloud streets are formed by rising warm air and sinking cool air. Rising warm air slowly cools as it moves up into the atmosphere. When moisture in that warm air cools down and condenses, clouds are formed. At the same time, sinking cool air on either side of the cloud formation creates a cloud-free area. When several of these alternating rising and sinking air masses align with the wind, cloud streets develop.

In mid-December 2016, freezing winds blowing off the coast of the northeastern United States helped to create a striking pattern of cloud streets. The Moderate Resolution Imaging Spectroradiometer (MODIS) aboard NASA’s Terra satellite captured a true-color image of cloud streets over the Atlantic Ocean on December 16.

A strong winter storm moved across the United States from December 14-18, bringing snow, ice, and wind to states from California to Maine. Wind gusts of 60 – 120 mph (96-193 km/h) were reported in various sections of the country.

In the northeastern United States, strong winds carried cold, dry air over relatively warm, moist ocean waters, setting up cloud formation and an interesting pattern of atmospheric movement. As strong wind from a cold surface blows over the warmer, moister atmosphere over open ocean, cylinders of spinning air may develop in alignment with the wind direction. Clouds form along the upward cycle in the cylinders of air, where air is rising and cooling, while skies remain relatively clear as the air spins downward. These lines of spinning air form the pattern known as cloud streets – remarkably regular striped pattern of parallel lines of clouds.