Dust Storm Over The Persian Gulf 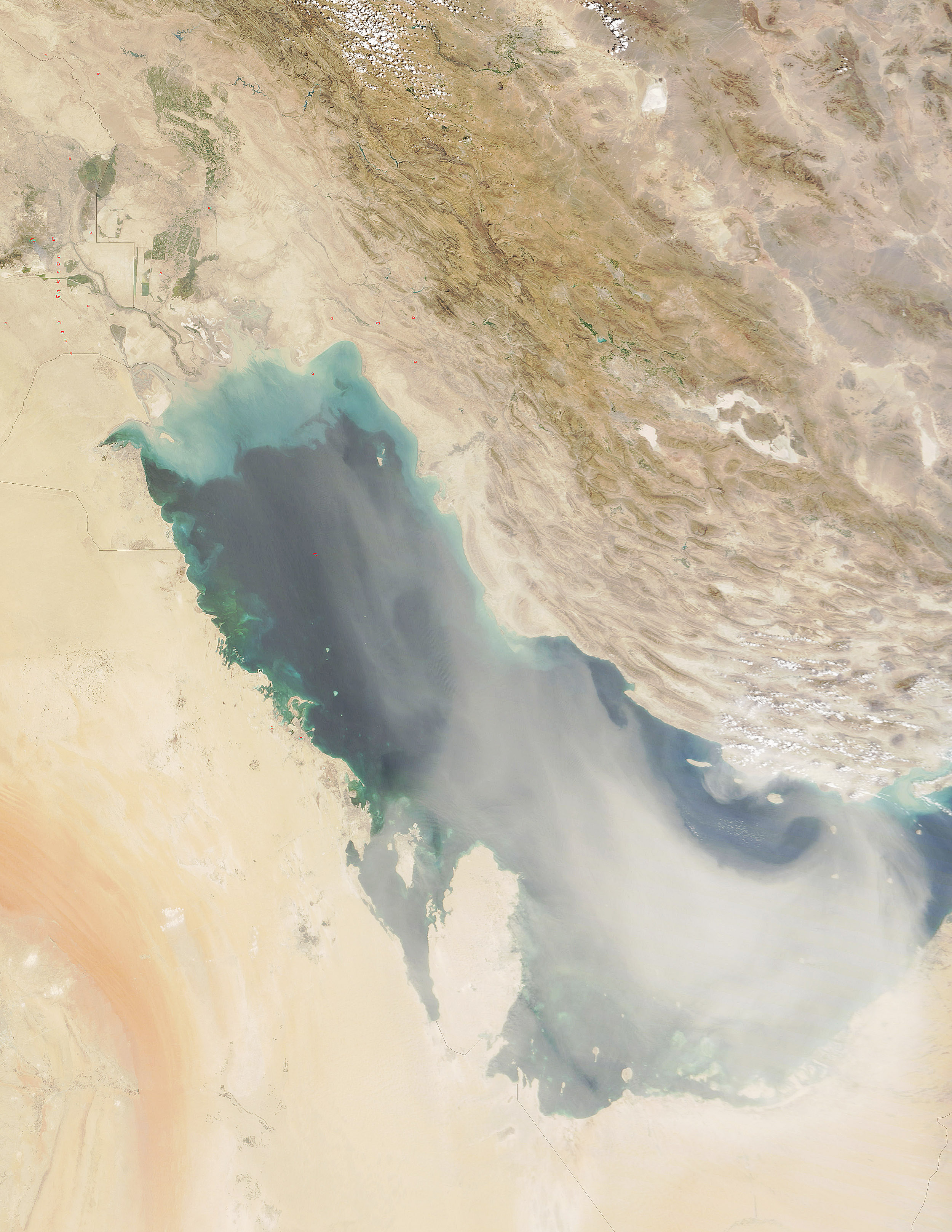 Dust Storm Over The Persian Gulf has caused A massive dust storm swirled over the Persian Gulf, namely Iraq and Syria, in late August and early September 2015. The Moderate Resolution Imaging Spectroradiometer (MODIS) aboard the Terra satellite captured this true-color image of the storm four days after it began, as it was spreading over the entire Persian Gulf basin.

The storm began on August 31 as a heavy wall of dust rolling across the Syria-Iraq border, then began to swirl over northern Iraq in a cyclonic pattern. By September 3, the dust poured south-eastward to cover the blue waters of the Persian Gulf, including the coastal areas of Iran and the United Arab Emirates. A thin veil of dust also covered Bahrain and Qatar. Nasa’s view.

A massive sandstorm was also reported in Syria on September 7, and that storm expanded into Lebanon, Cyprus, Turkey, Palestine, Jordan, Iraq and Turkey by September 8, according to press reports. According to BBC News, at least 700 people have been hospitalized due to breathing difficulties, and two people have died from the sandstorm. Sand and dust storms are the most common natural hazard in the arid lands of the Middle East.