Fires in South Africa and Mozambique 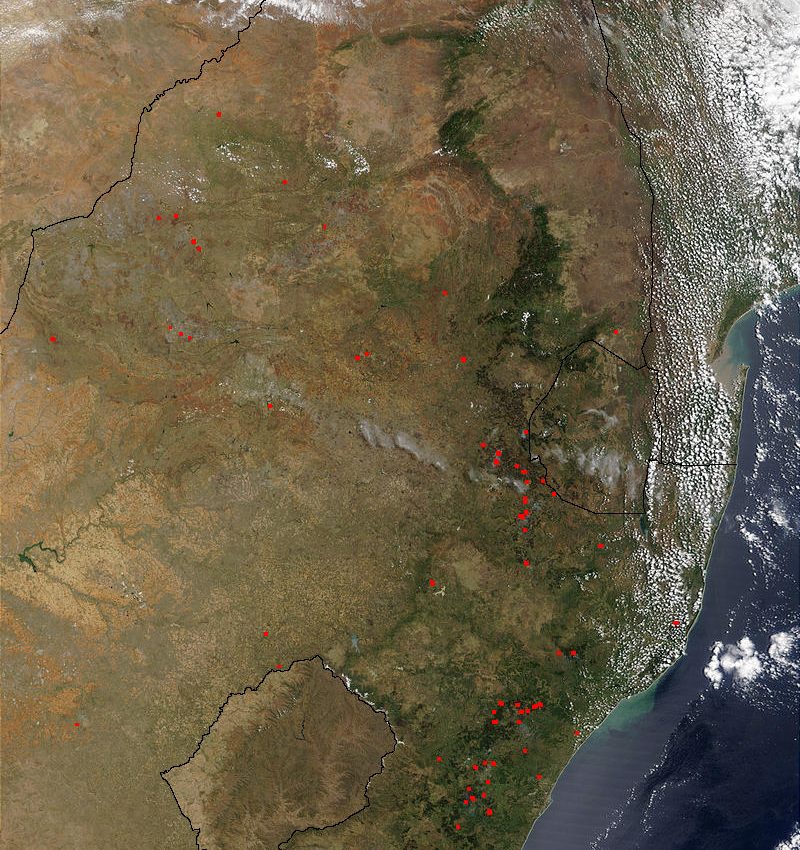 Fires in South Africa and Mozambique. Also In September and early November 2002, the Moderate Resolution Imaging Spectroradiometer. Therefore taken on the Terra and Aqua satellites captured these true- and false-color images of eastern South Africa.

Although numerous fires were seen and  marked with red dots. Fires appear to be most heavily concentrated in the Kwazulu-Natal region of South Africa. Just east of Lesotho (circular country in the southern part of the images) on November 7. Therefore On November 8, 2002, the highest concentration of fires has shifted from east of Lesotho to west of Swaziland .(circular country near right center edge).

Therefore this  image from Sept. 19 is located to the south of the other images in the series. In many images, the country of Mozambique is visible northeast of South Africa.

In the false-color images. The vegetation appears in shades of green, burned areas appear bright reddish-brown, and naturally bare soil appears pinkish-tan. These Fires in South Africa and Mozambique made a huge impact on the country. Therefore damaging and smoking over, making it difficult to even enter the areas to set the fires out. The satellite image appears to have majority fires.