Fires And Smoke In Northwestern Tasmania 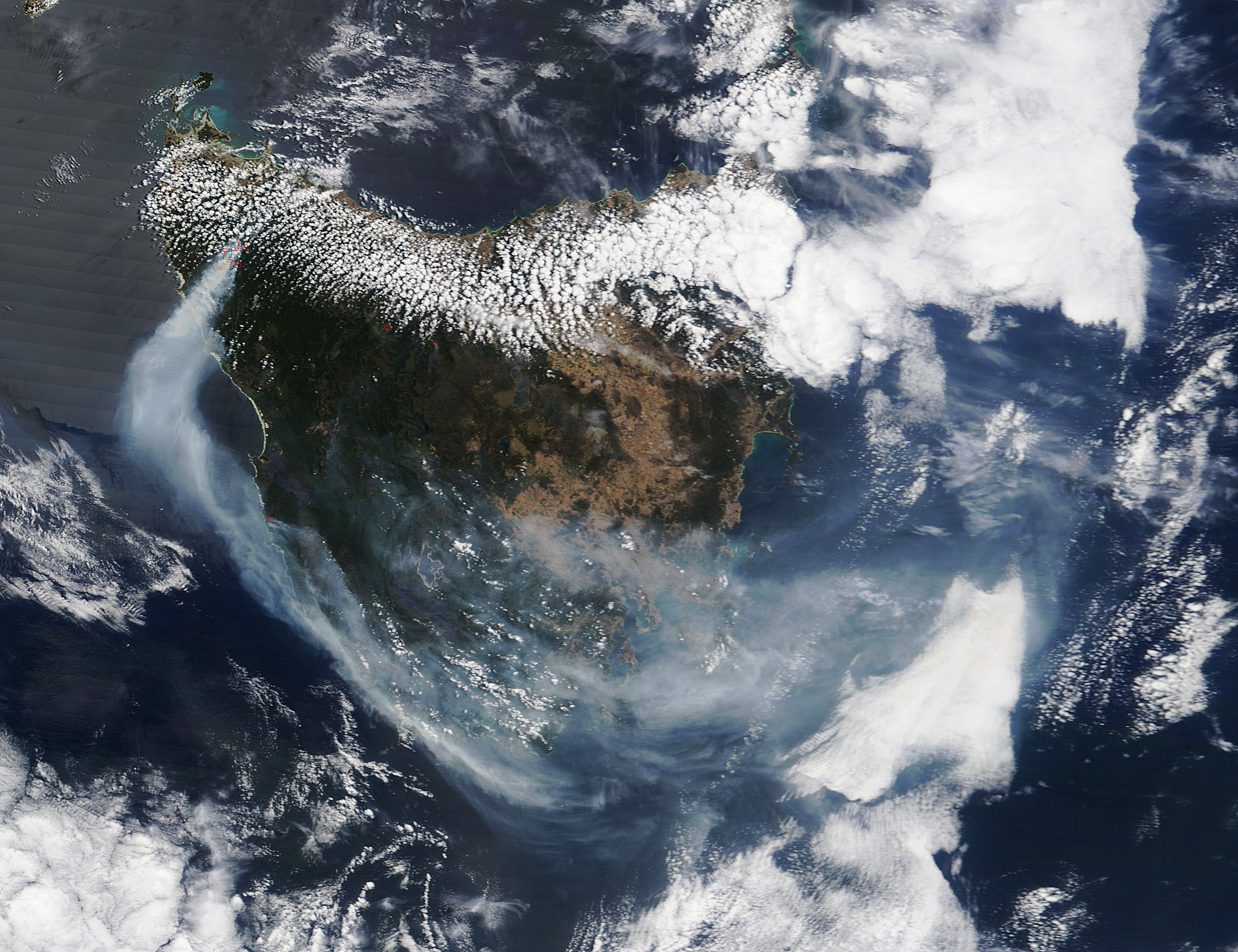 Fires raged across north and northwestern Tasmania in mid-January, 2016. According to reports from the Australian Broadcasting Corporation (ABCNews), as many as 80 fires burned across Tasmania on January 19. This is the highest number of fires burning at one time since 2013 when firefighters were trying to extinguish 50 blazes at once. About 38 fires were said to be under control, while the rest were classified as “going” – or still out of control. Thirty of the fires were clustered in northwestern Tasmania.

Authorities are looking for a suspicious vehicle that may be involved with the ignition of twelve of the scrub fires which were set along the Tasman Highway between Launceston and Scottsdale.

Red hotspots light up northwestern Tasmania, and a few other hotspots are scattered throughout the state. Each hotspot is an area with the thermal sensors on the MODIS instrument detected high temperatures, which are, in this case, compatible with fires. Smoke pours from the largest fires and blows strongly to the southwest over the Indian Ocean, then curls over southern Tasmania to blow to the northeast over the Tasman Sea