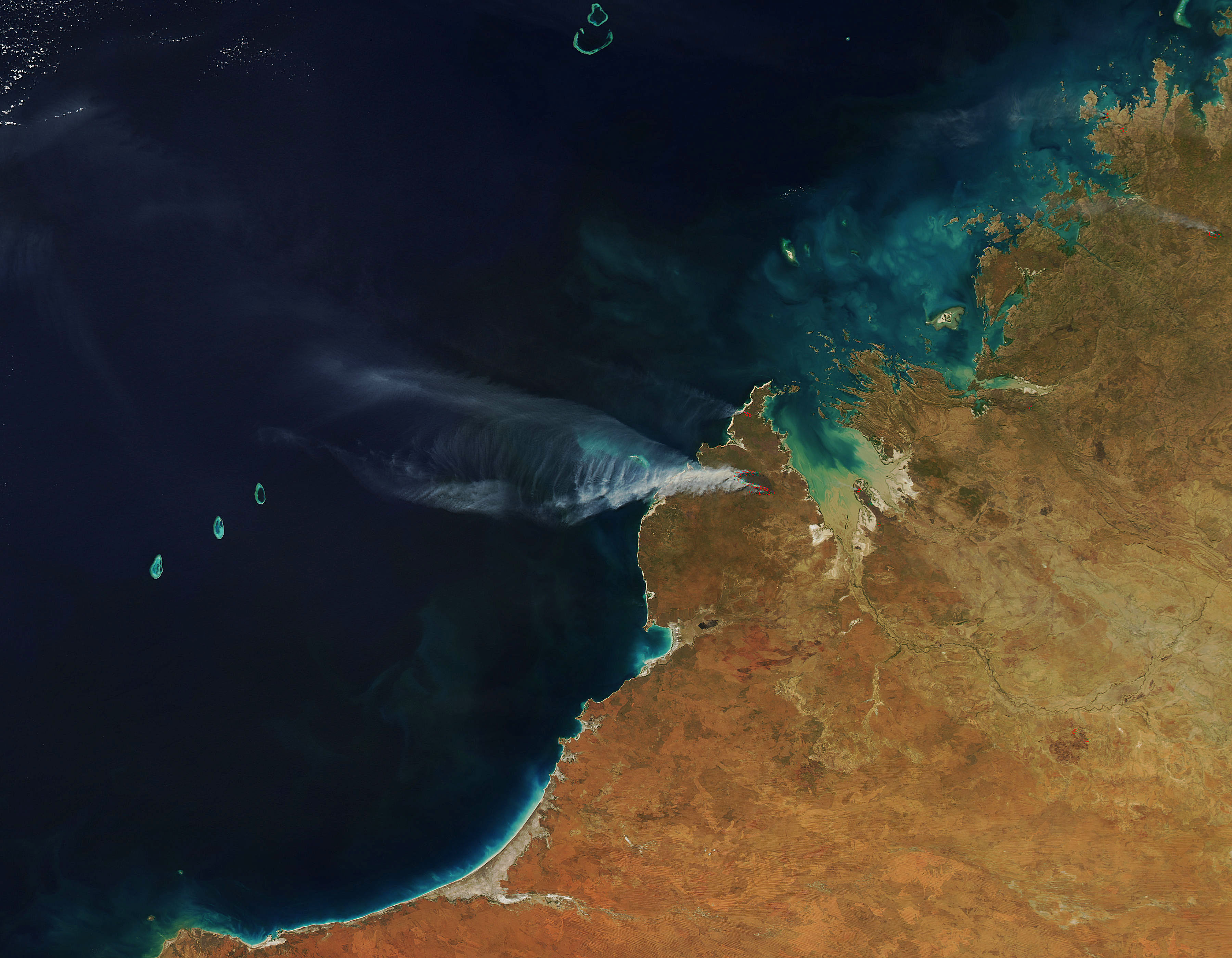 A large fire burned on Western Australia’s Dampier Peninsula in late June 2015. The Moderate Resolution Imaging Spectroradiometer (MODIS) aboard NASA’s Aqua satellite captured this true-color image on June 24. Fires In Northwestern Australia has caused damage for both the terrain as well as the wildlife.

In the lower resolution (1 km) version of the image, the fire appears as a V-shaped band of red accompanied by a large plume of light gray smoke. The plume rises from the red hotspot, and pours west over the Indian Ocean. At higher resolution the actively burning fire appears to ring the western side of a large, dark brown burn scar.

The fire burns in an area of northern Western Australia which is held primarily by native title claim. According to the Kimberly Land Council, the Bindunbur native title claim was registered with the National Native Title Tribunal in December 2013 and brings together all the native title holders on the Middle Dampier Peninsula that share the same system of laws and custom. The claim covers more than 7,600 square miles of land in the north, north-east, and central areas of the middle Dampier Peninsula. Also Fires In Northwestern Australia shown in the image is surrounded by waters