Smoke From Canadian Wildfires Across The Central United States •

Smoke From Canadian Wildfires Across The Central United States 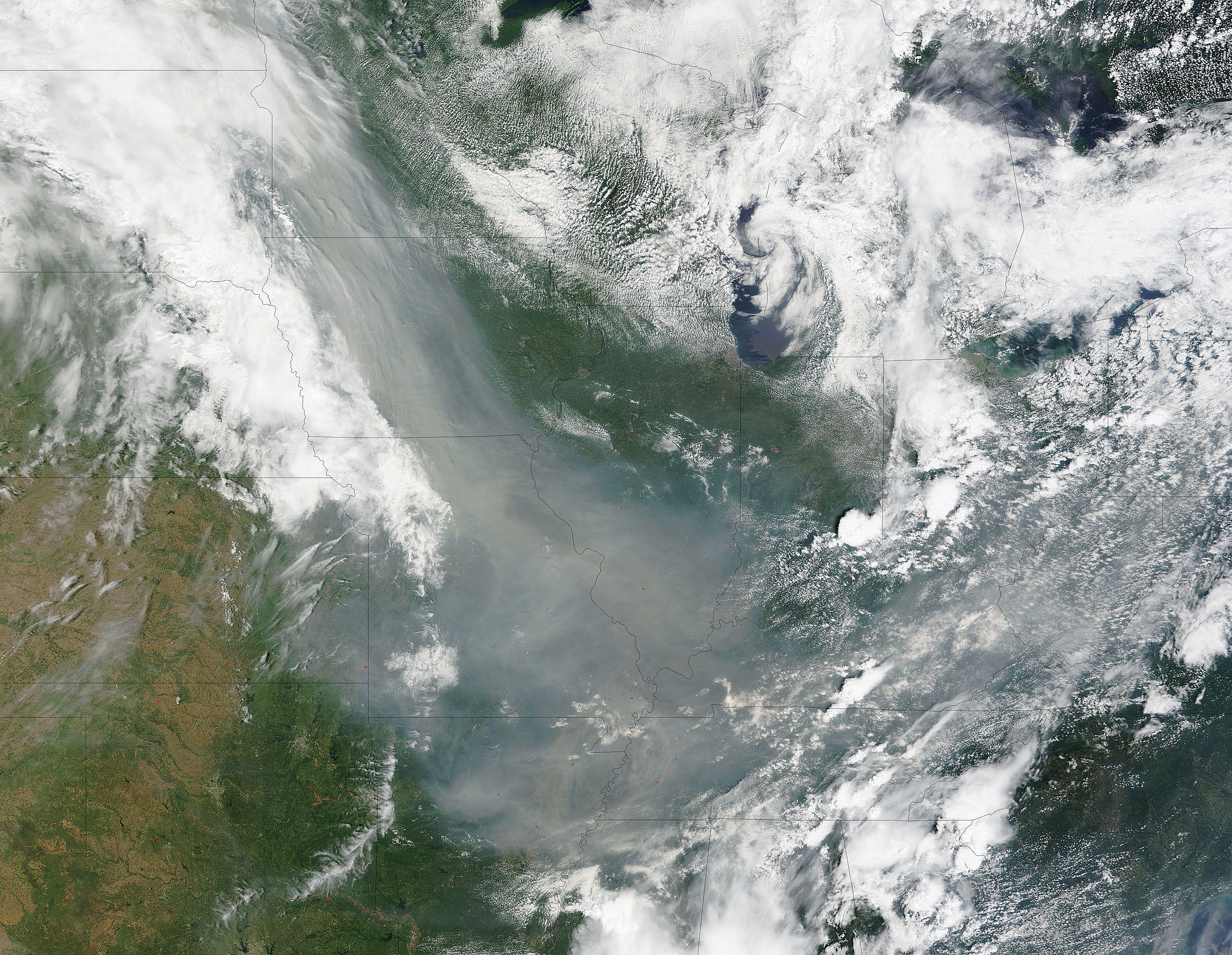 Smoke From Canadian Wildfires Across The Central United States. Hundreds of fires burned throughout Canada in late June, 2015, clouding the skies of both Canada and the United States with heavy gray smoke. The Moderate Resolution Imaging Spectroradiometer (MODIS) aboard NASA’s Terra satellite captured this true-color image of some of the most intense smoke-producing fires on June 30. The image is centered on Saskatchewan, where dozens of red hotspots speckle the smoky scene. Fires are also burning in Alberta (west) and a few in Manitoba (east).

Each red hotspot is an area where the thermal sensors on the instrument detected areas of increased temperature from the Canadian wildfires. When combined with typical smoke, as in this image, such hotspots are diagnostic for fire. The fires are burning primarily in boreal areas, many in locations that appear to be rich in peat bogs as well as in forested areas. Peat fires are known to produce intense smoke over long periods, and can be difficult to extinguish, as they can smolder quietly, even underground for extended periods of time.

Smoke From Canadian Wildfires Across The Central United States have caused a horrible smoke and smog problem above the area. Therefore the nasa view imaging shows the amount of wildfires across the country. Also they have a lot of wildlife that has been ruined in so many ways from these fires and smog.