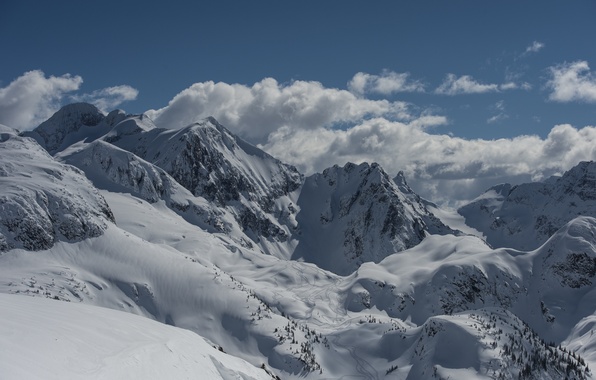 This series of true- and false-color Terra and Aqua MODIS images from late October 2002 features fog in the valleys of the Rocky Mountain Range in British Columbia, Canada. The fog appears as a thick white spidery blob in the center of the images. In the false-color images from the 23rd and 26th, the fog is differentiated from snow and ice by color . Although the snow and ice appear bright red and turquoise blue, while the fog remains white. The false-color image from the 24th helps distinguish the fog from high cirrus clouds by making the clouds appear turquoise blue.

These clouds are the same color as snow because they are in the same temperature range. Therefore fog in the Rockies valleys, british Columbia became dense. Also Low-lying clouds and fog appear whiter because they are warmer. Although In all of the false-color images, the ground appears bright green and the water bodies appear black. Therefore the fog and snow of ice cape mountains lay dense the clouds will make the sky appear a lot different of a color.

Therefore much brighter. Fog spreads deep and thick through the plains and mountains of this area. Therefore is very hard to see and breath in certain areas. The fog can appear as snow with the density and smog appeal. Therefore the image can be deceiving. British Columbia is use to this weather and for most part of the year and winter.