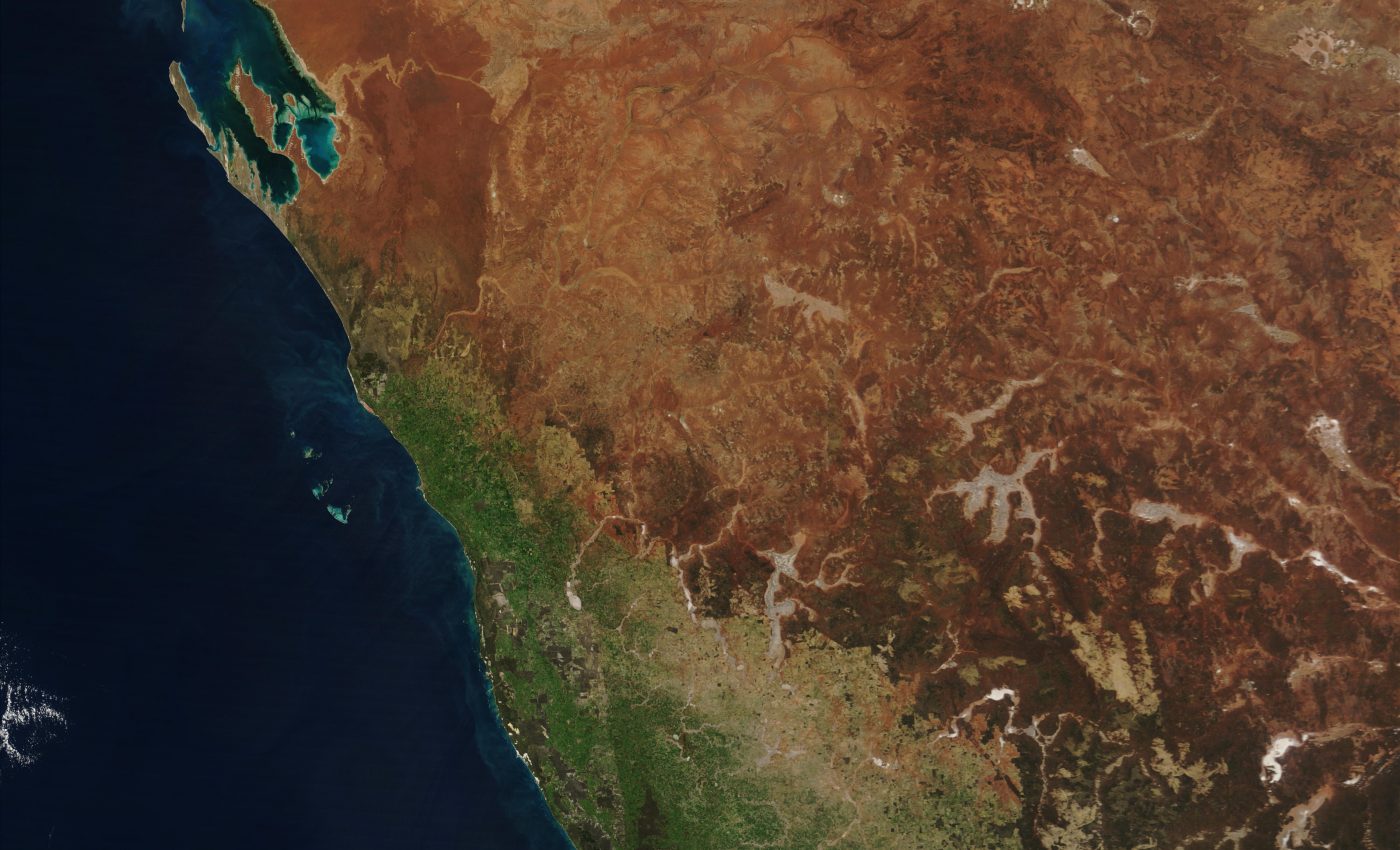 This true-color Aqua MODIS image features the southwestern corner of Southwest Australia. The city of Perth is perched on the coast halfway between the top two points of fire. Therefore which are marked in red. Acquired October 22, 2002, the land south of Perth around the Darling Mountain Range shows the verdant green colors of summer, while farther inland, the ochre and tan colors highlight the more arid mountains and plains of the interior.

It is a major world producer of alumina and mineral sands, and also has substantial agriculture, timber and viticulture industries. It is Western Australia’s most popular tourist destination outside Perth. Southwest Australia shown along the coast line. The agriculture work is very big in this country. Therefore bringing a lot of jobs and popular to tourist.