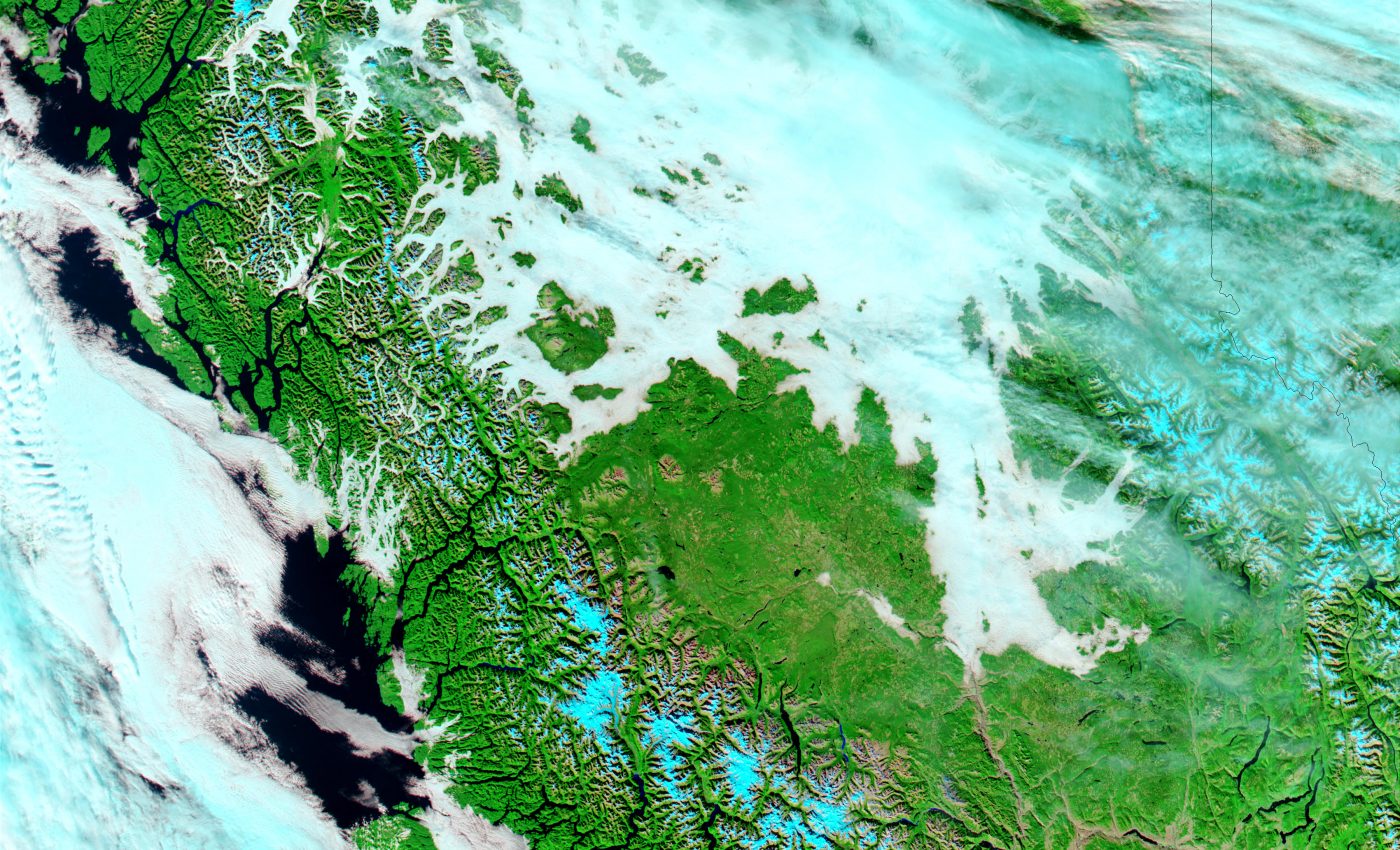 Rockies Valleys British Columbia true- and false-color Terra and Aqua MODIS images from late October 2002. Therefore features fog in the valleys of the Rocky Mountain Range in British Columbia, Canada. The fog appears as a thick white spidery blob in the center of the images. In the false-color images from the 23rd and 26th, the fog is differentiated from snow and ice by color. Although snow and ice appear bright red and turquoise blue, while the fog remains white.

The false-color image from the 24th helps distinguish the fog from high cirrus clouds by making the clouds appear turquoise blue. These clouds are the same color as snow because they are in the same temperature range. Low-lying clouds and fog appear whiter because they are warmer. In all of the false-color images, the ground appears bright green and the water bodies appear black.

British Columbia is the westernmost province of Canada. Therefore located between the Pacific Ocean and the Rocky Mountains. With an estimated population of 5.034 million as of 2019, it is Canada’s third-most populous province.
The first British settlement in the area was Fort Victoria, established in 1843, which gave rise to the City of Victoria, at first the capital of the separate Colony of Vancouver Island. Subsequently, on the mainland, the Colony of British Columbia (1858–1866) was founded by Richard Clement Moody and the Royal Engineers, Columbia Detachment, in response to the Fraser Canyon Gold Rush. Moody was Chief Commissioner of Lands and Works for the Colony and the first Lieutenant Governor of British Columbia: he was hand-picked by the Colonial Office in London to transform British Columbia into the British Empire’s “bulwark in the farthest west”