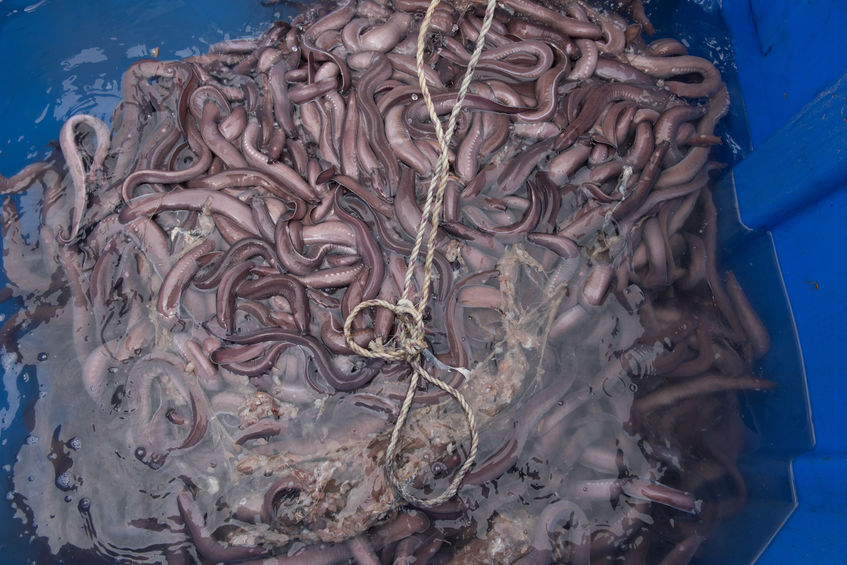 Two hagfish were observed during the ocean explorations cruises, they are  also known as slime eels.

The Pacific hagfish, pictured here at 280 meters, commonly found from shallow depths down to 400 meters.

The issue is whether the hagfish was a degenerate type of vertebrate-fish that through evolution had lost its vertebrae and was most closely related to lampreys.

Also the hagfish’s skin is only attached to the body along the center ridge of the back and at the slime glands.

Therefore being  filled with close to a third of the body’s blood volume, giving the impression of a blood-filled sack.  Also their  food source  lies on the ocean floor. They are known to devour their prey from the inside.

Hagfish have the ability to absorb dissolved organic matter across the skin and gill, which may be an adaptation to a scavenging lifestyle, allowing them to maximize opportunities for feeding.

An evolutionary perspective, hagfish represent a state between the generalized nutrient absorption pathways of aquatic invertebrates and the more specialized digestive systems of aquatic vertebrates.

The hagfish are at a stage that precedes the evolution of the vertebral column as is the case with lancelets.