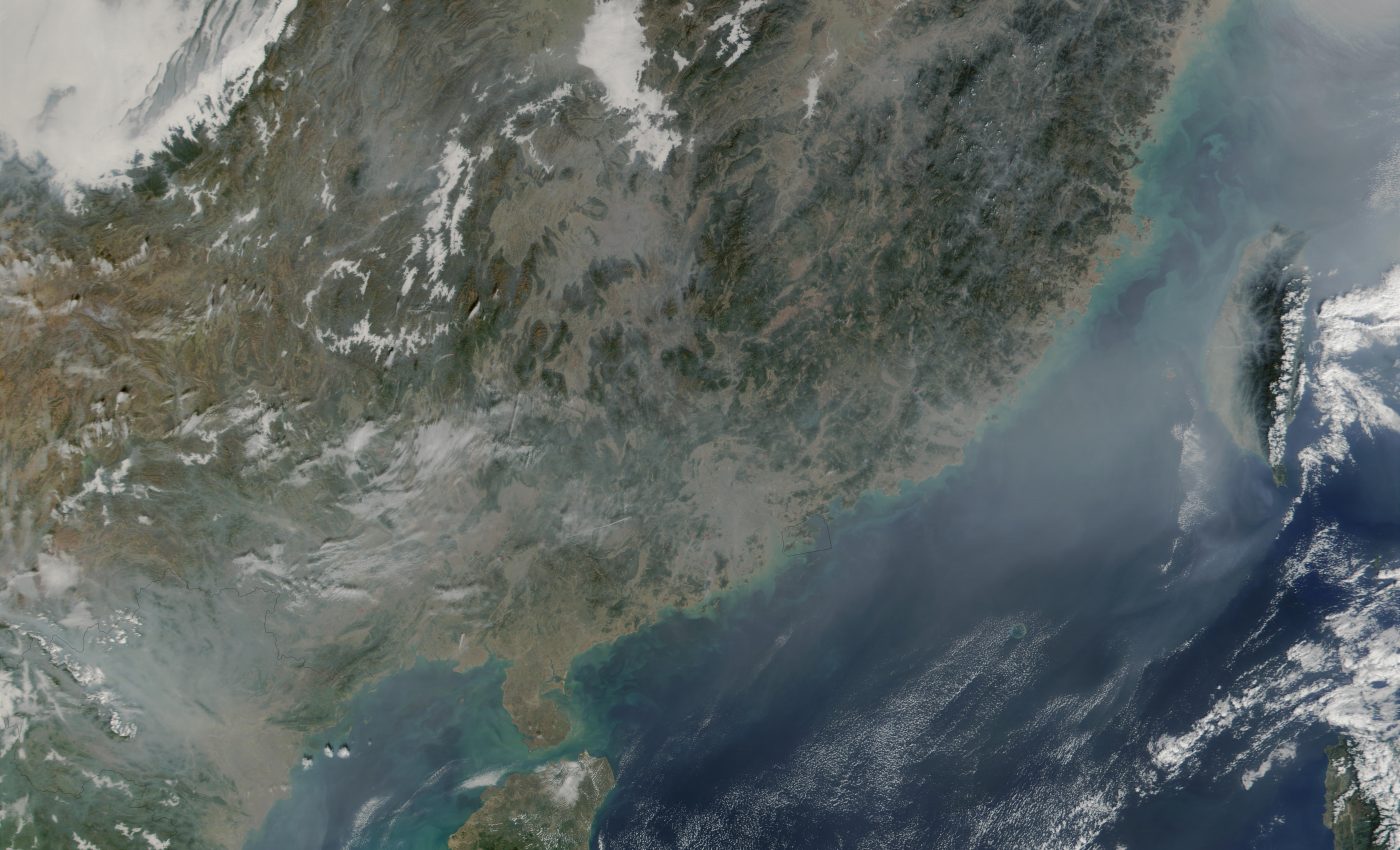 Thick haze over eastern china blurs the North China Plain, right, and snakes through the valley the Yellow River cuts through the Luliang Shan Mountains, left. In the north, the haze seems to dissipate near China’s capital, Beijing, west of the Bo Hai, the bay off the Yellow Sea. In this Moderate Resolution Imaging Spectroradiometer (MODIS) image captured on April 5, 2004, by the Aqua satellite, the haze clings near the ground, letting the peaks of the mountains peek through, while white clouds hover above.

Such haze is common in Eastern China, particularly during the winter when people burn coal and wood for heat.

The high-resolution image provided above is at MODIS’ maximum resolution of 250 meters per pixel. Also The Yellow Sea or West Sea is located between China and Korea. The name is given to the northern part of the East China Sea, which is a marginal sea of the Pacific Ocean. It is located between mainland China and the Korean Peninsula. Its name comes from the sand particles from Gobi Desert sand storms that turn the surface of the water golden yellow.