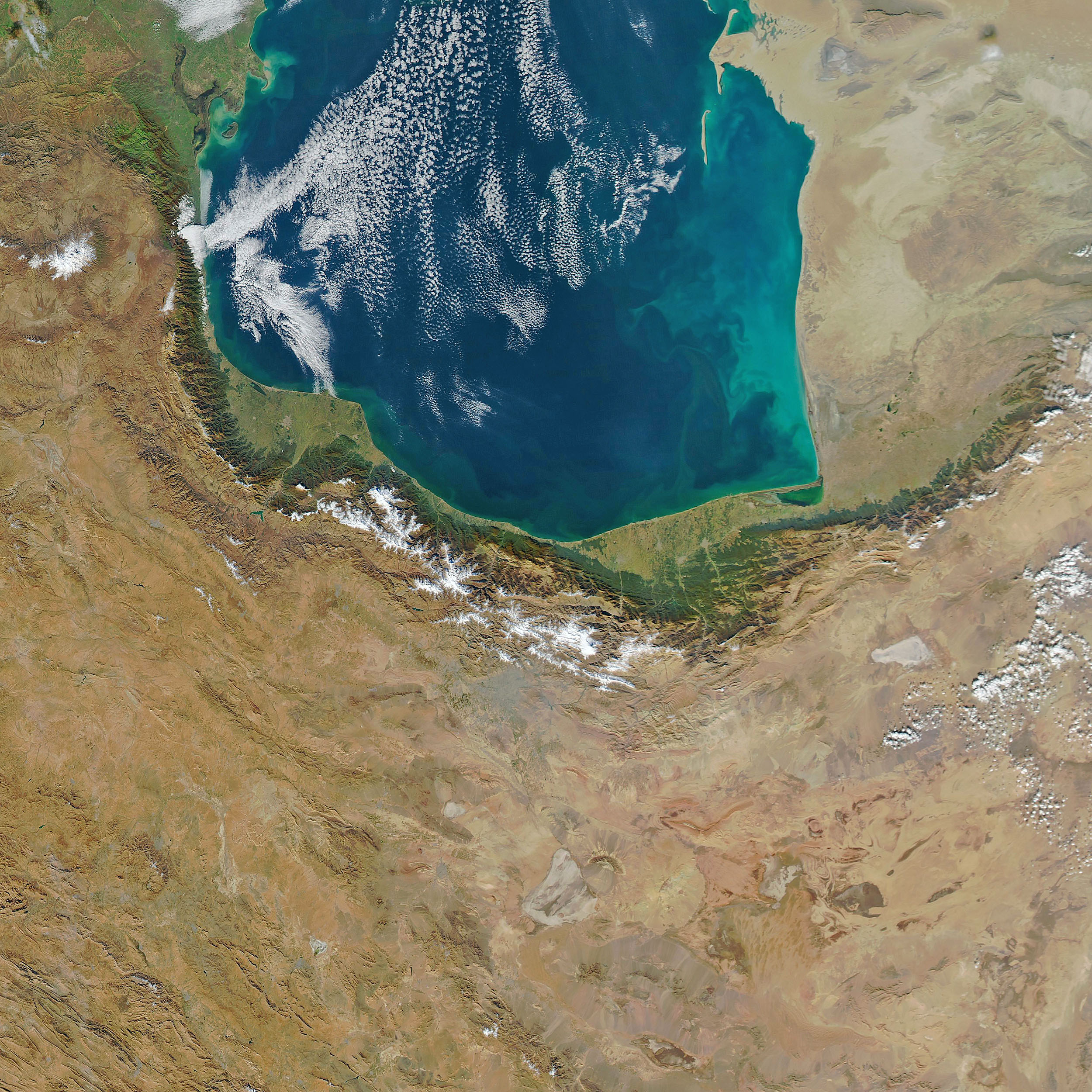 The Moderate Resolution Imaging Spectroradiometer (MODIS) on NASA’s Aqua satellite captured a natural-color image of the smog on November 9, 2016. The pale gray smog shrouds the city of Tehran, just south of the Alborz mountain range.

Fine airborne particles (PM2.5) climbed to concentrations of more than 150 micrograms per cubic meter this week; concentrations between 101 and 150 are considered unhealthy for sensitive groups, including the elderly and children. More than 400 people have died due to air pollution in the city over the past month, according to news reports. The city closed schools on November 17.

In the winter, temperature inversions can exacerbate Tehran’s smog. A layer of warmer air traps the colder, denser, smog-laden air beneath it. Meanwhile, mountains around the city prevent smog from leaving the valley.

iran is home to one of the world’s oldest civilizations, beginning with the formation of the Elamite kingdoms in the fourth millennium BCE. It was first unified by the Iranian Medes in the seventh century BCE,and reached its territorial height in the sixth century BCE under Cyrus the Great, whose Achaemenid Empire stretched from Eastern Europe to the Indus Valley, one of the largest empires in history. The empire fell to Alexander the Great in the fourth century BCE and was divided into several Hellenistic states. An Iranian rebellion established the Parthian Empire in the third century BCE, which was succeeded in the third century CE by the Sasanian Empire, a leading world power for the next four centuries. Image of record breaking heavy smog in Tehran, Iran has shown in the image above.