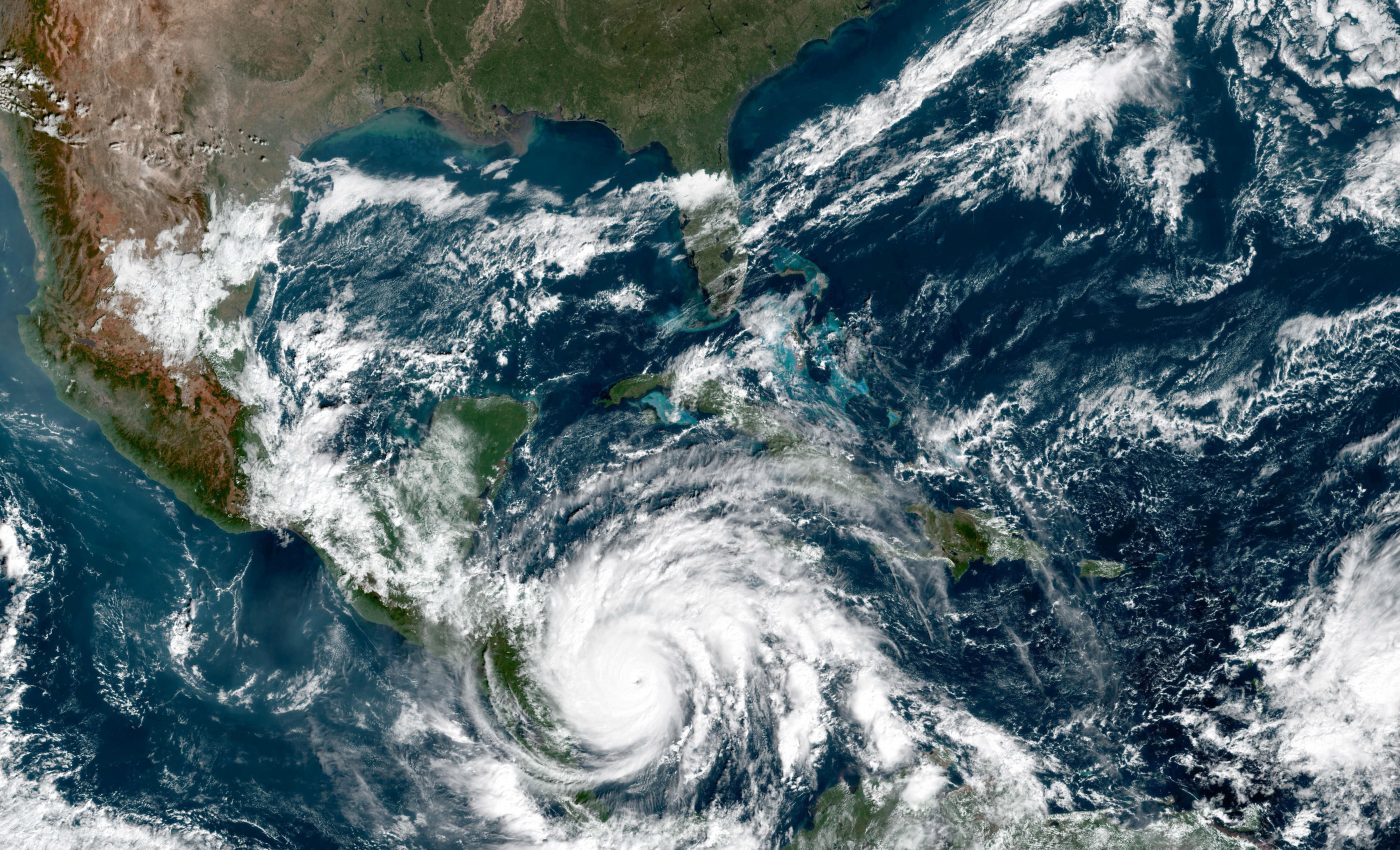 Today’s Image of the Day from NASA Earth Observatory features Hurricane Iota approaching northern Nicaragua as the strongest storm of the 2020 Atlantic season.

Iota strengthened into a category 5 storm with max wind speeds of at least 160 miles per hour before it moved in on the same Central American countries that were affected by category 4 Hurricane Eta just two weeks ago.

According to the U.S. National Hurricane Center (NHC), Iota will hit within tens of kilometers from where Eta made landfall on November 3rd. Beyond the potential for devastating storm surges and wind, torrential rainfall of up to 30 inches could devastate areas that are already struggling with overflowing lakes, reservoirs, and rivers from Eta.

Hurricane Iota has set a new record as the 30th named storm in any given year, and also marks the first time that two hurricanes have formed in the Atlantic in the month of November.

Meteorologist Philip Klotzbach of Colorado State University tweeted that Iota is the just the second Atlantic hurricane to ever reach category 5 intensity in November.

Klotzbach also pointed out that prior to 2020, only four category 4 or 5 hurricanes have ever made landfall in Nicaragua. This year, the region has suffered two such storms in just two weeks.

The image was captured at 10 a.m. local time on November 16 by the Advanced Baseline Imager (ABI) on GOES-16, a satellite operated by the National Oceanic and Atmospheric Administration (NOAA).