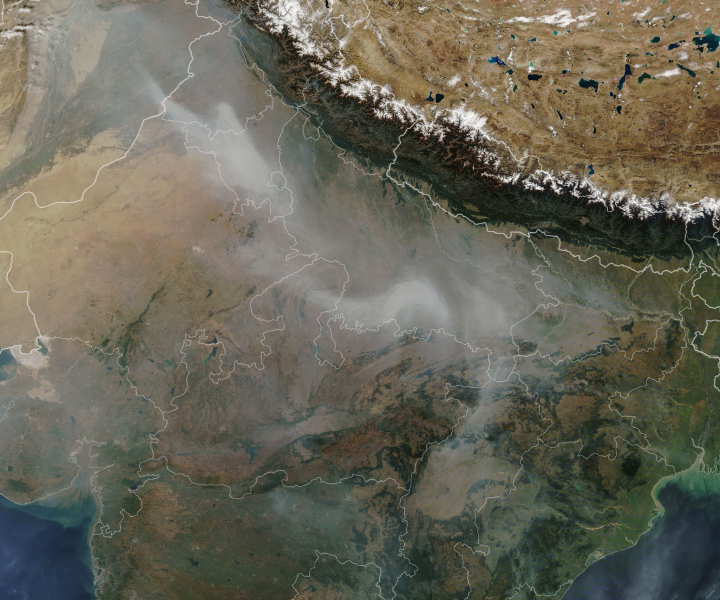 There were an extremely large number of paddy fires across the region this year. The Visible Infrared Imaging Radiometer Suite (VIIRS) sensor on the Suomi NPP satellite detected nearly 87,000 signals of active fires through mid-November across four rice-growing states, with the most activity found in the state of Punjab.

Hiren Jethva is a scientist with the Universities Space Research Association (USRA) at NASA’s Goddard Space Flight Center who tracks fire activity in the region.

“We predicted in early October that this would end up being one of the most active years for fires on the VIIRS record, and that is exactly what has happened so far,” said Jethva. “The number of fires that happen is directly related to the area planted and to the yield.” According to news reports, good monsoon rains and an increase in the price of rice incentivized farmers to plant more than usual in 2020.”

“Because of labor shortages related to the spread of COVID-19, farmers had to do more direct sowing of seed rather than transplanting seedlings from nurseries,” explained USRA scientist Pawan Gupta. “This moved the whole season earlier by about a week to ten days, and translated into record fire activity in the Punjab early in the season and a longer burning season than usual,”