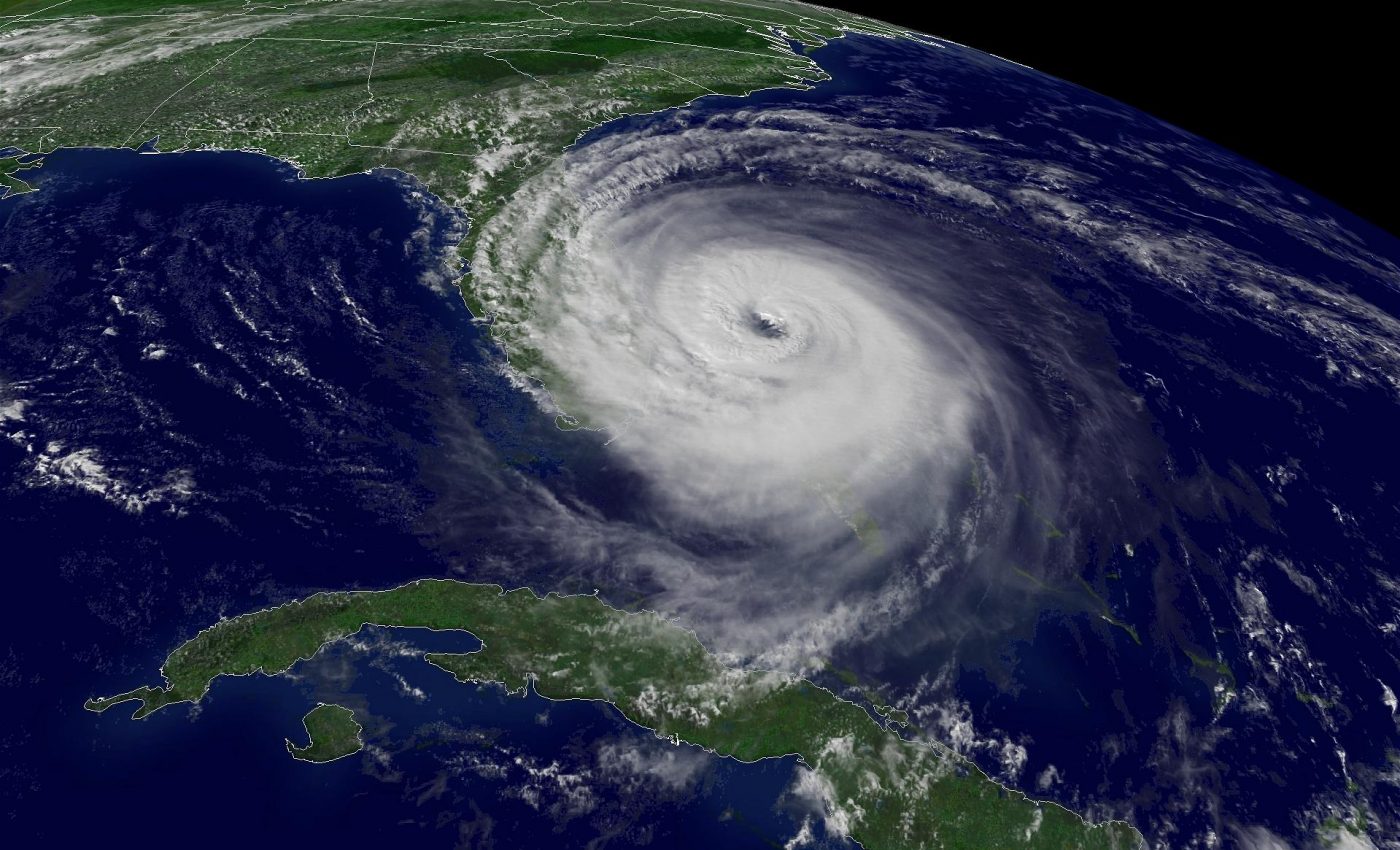 Tropical Storm Jeanne briefly reached hurricane strength as it passed over the Dominican Republic on September 16, 2004. The storm had previously dumped up to 23 inches of rain on Puerto Rico, triggering floods which resulted in at least two deaths, according to the Associated Press. This Moderate Resolution Imaging Spectroradiometer (MODIS) image was captured by NASA’s Aqua satellite at 17:55 UTC, 1:55 p.m. in the Dominican Republic, on September 16 while Jeanne remained a hurricane. At the time, the storm had sustained winds of 120 kilometers per hour (75 mph) with stronger gusts, and was moving west at 11 km/hr (7 mph). Jeanne degraded into a tropical storm after its encounter with the island of Hispaniola, but was expected to return to hurricane strength as it moved back over open waters. The National Hurricane Center expects the storm to move northwest over the southern Atlantic coast of the United States in the next week. Jeanne is the tenth tropical storm of the 2004 Atlantic hurricane season.
The large image provided above has a resolution of 500 meters per pixel. The MODIS Rapid Response Team provides the image in additional resolutions and formats, including MODIS’ maximum resolution of 250 meters per pixel.