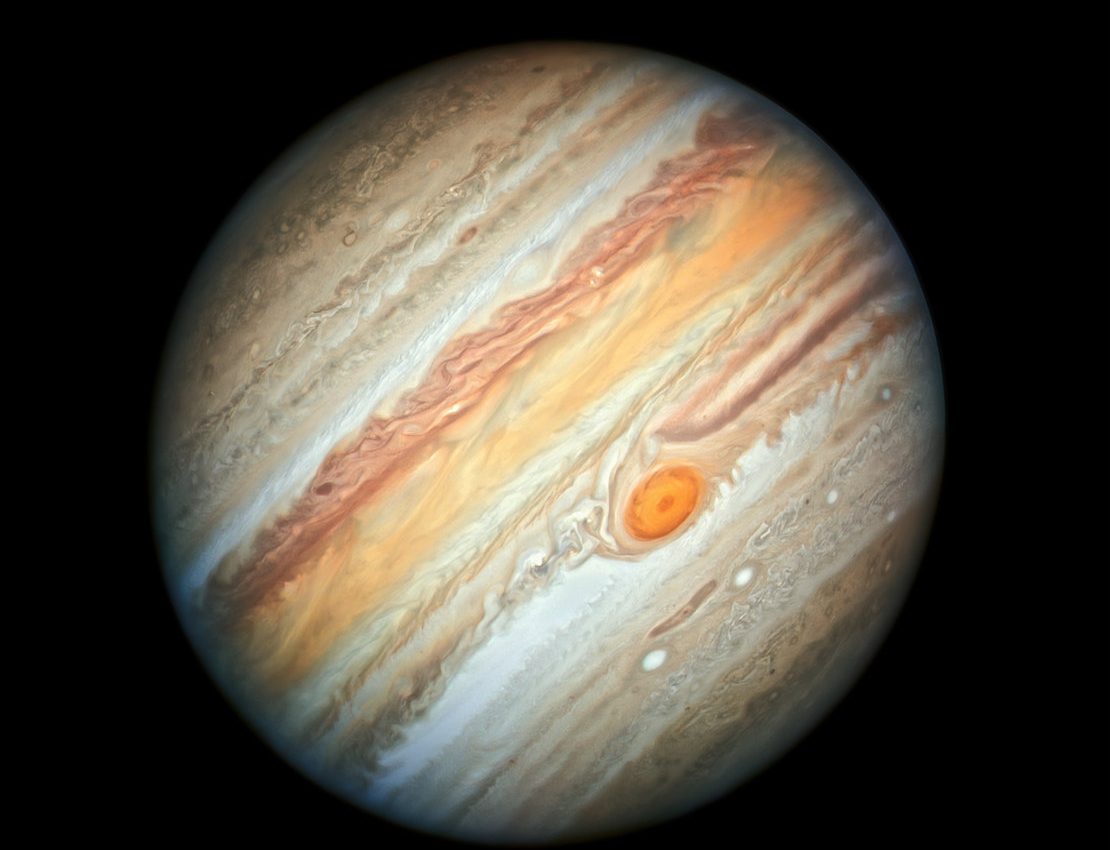 Today’s Image of the Day from the European Space Agency features a striking new look at Jupiter captured by the Hubble Space Telescope.

The Hubble’s Wide Field Camera 3 (WFC3) is the most technologically advanced instrument to take images in the visible spectrum.

The WFC3 shot this photograph on June 27, 2019, when Jupiter was 644 million kilometers away at its closest point to Earth this year.

Jupiter is primarily composed of hydrogen with a quarter of its mass being helium, though helium comprises only about a tenth of the number of molecules. It may also have a rocky core of heavier elements,but like the other giant planets, Jupiter lacks a well-defined solid surface. Because of its rapid rotation, the planet’s shape is that of an oblate spheroid (it has a slight but noticeable bulge around the equator). The outer atmosphere is visibly segregated into several bands at different latitudes, resulting in turbulence and storms along their interacting boundaries. A prominent result is the Great Red Spot, a giant storm that is known to have existed since at least the 17th century when it was first seen by telescope. Surrounding Jupiter is a faint planetary ring system and a powerful magnetosphere. Jupiter has 79 known moons, including the four large Galilean moons discovered by Galileo Galilei in 1610. Ganymede, the largest of these, has a diameter greater than that of the planet Mercury.