Ice and Flooding on the Ob River • Earth.com

Ice and Flooding on the Ob River 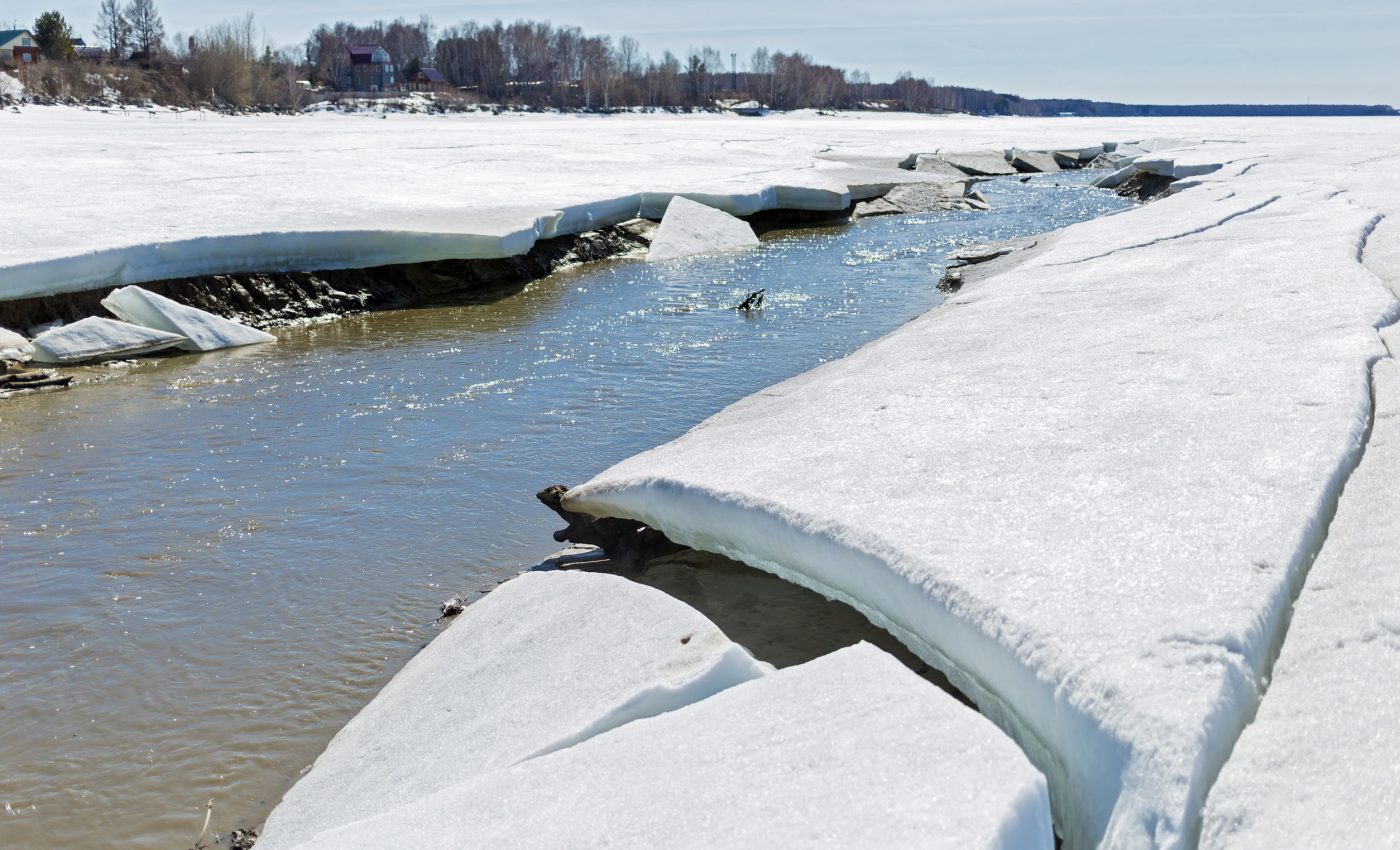 Ice and Flooding on the Ob River Shown in this image, captured by the MODIS on Terra satellite on June 29, 2007. The Ob River originates in the Altay Mountains of southwestern Siberia and empties into the Arctic Ocean. The Ob and its major tributary, the Irtysh, combine to form the longest river system in Asia.

There is large-scale seasonal flooding on rivers throughout Siberia each year. Because many Siberian rivers flow from south to north, they flood regularly in the spring as meltwater from southern latitudes backs up against the still-frozen northern reaches of the rivers. This image shows the mouth of the Ob River where it empties into Kara Sea. Its outlet into the Kara Sea (as well as a great deal of the river itself is choked with ice.

The effect of this ice block has caused what is normally a fine mesh of braided streams and branches of river channel to become almost a lake in places. Rivers can back up for hundreds of miles, and cause devastating flooding for towns and villages along the banks. Often, explosives are dropped into ice jams in an effort to free the river and give the flood waters a chance to escape.

Here are two false color images of this region, one taken during the June flooding. The other shows the Ob River on October 5th when it was not flooded – the contrast between the two is amazing.