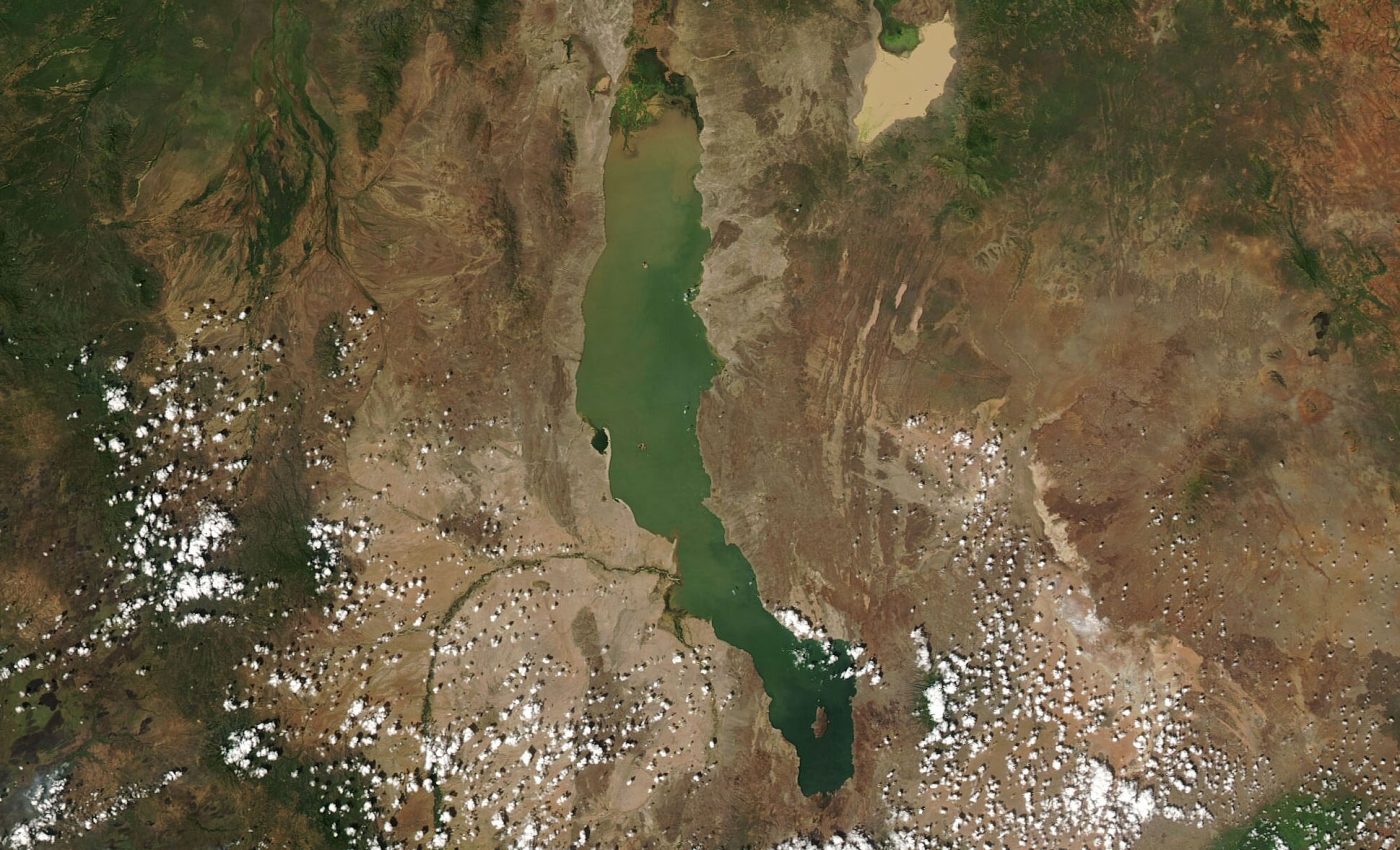 This body of water, surrounded by barren land in the Great Rift Valley of Kenya, was formerly known as Lake Rudolf. It is also referred to as the Jade Sea due to an abundance of algae that turn the water green.

According to NASA, Lake Turkana is also known for the largely intact fossils found along its shores, which have contributed more to the understanding of human ancestry than any other place in the world.

Around two million years ago, the lake was an ideal location for human settlement when conditions were wetter and greener. Lake Turkana in the Great Rift Valley

Many fossils have been found embedded in hardened volcanic ash across the floodplains. In 1984, paleontologists discovered an almost-complete fossilized skeleton of a young boy dating back about 1.5 million years. “Turkana boy” is the most complete early human skeleton ever found.

The image was captured on December 10, 2020 by the Moderate Resolution Imaging Spectroradiometer (MODIS) on NASA’s Aqua satellite.