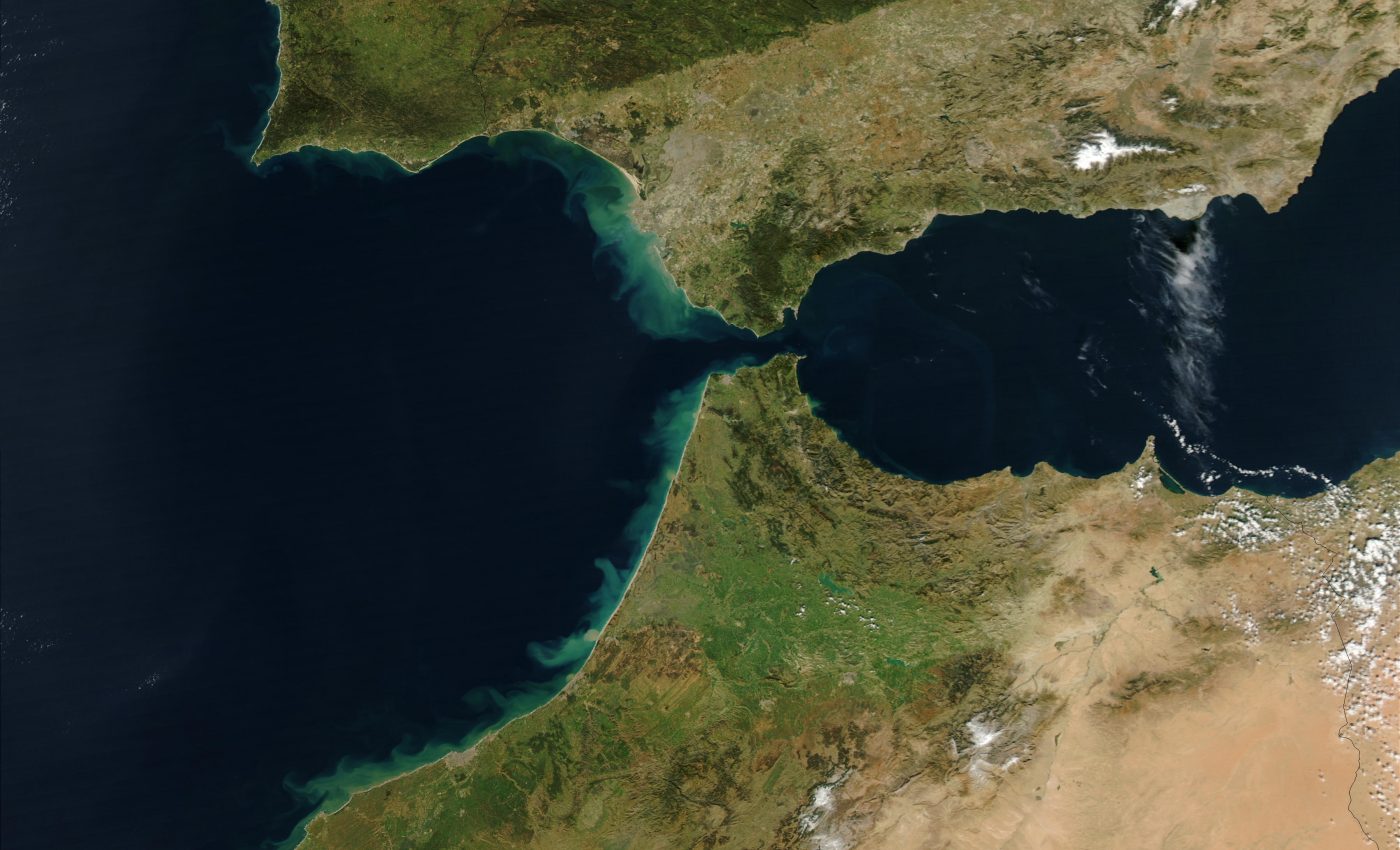 Morocco and Southern Iberia. The southern Iberian Peninsula and the western tip of North Africa reach toward one another. Also separated by the Strait of Gibraltar in this true-color AquaModerate Resolution Imaging Spectroradiometer (MODIS) image from January25, 2003.

By this Strait, the North Atlantic and the Mediterranean Seaare connected and Europe and Africa are separated, a mere 13 kilometersacross (at its narrowest) and 58 kilometers long. This brief strip ofwater is strategically very important, given that it is the only maritimeopening into the Mediterranean Nations visible in the image are Portugal(upper left), Spain (upper right), Morocco (lower center), and Algeria(lower right).

Morocco is a sovereign state located in the Maghreb region of North Africa. It overlooks the Mediterranean Sea to the north and the Atlantic Ocean to the west. Morocco claims the areas of Ceuta, Melilla and Peñón de Vélez de la Gomera, all of them under Spanish jurisdiction. The capital is Rabat and the largest city Casablanca. Morocco spans an area of 710,850 km2 (274,460 sq mi) and has a population of over 35 million. Also Morocco and Southern Iberia has a large coast line surrounding it and its green land. Its a very beautiful country.