Operation IceBridge: Wonders In The Antarctic Sea And Sky • Earth.com

Operation IceBridge: Wonders In The Antarctic Sea And Sky 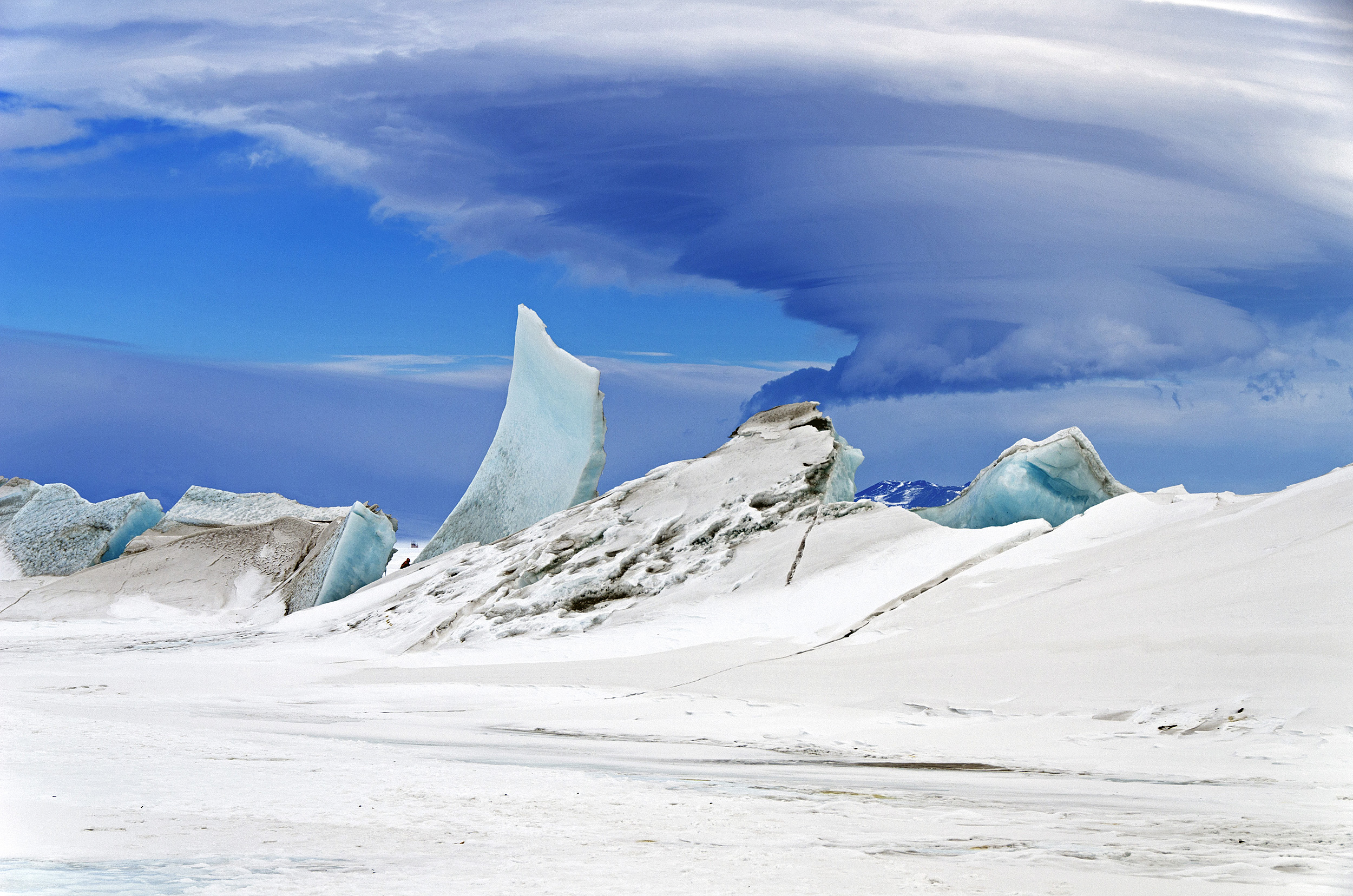 Operation IceBridge: Wonders In The Antarctic Sea And Sky. NASA aircraft and scientists have returned to the United States after a short ice-surveying mission to Antarctica. Despite having only a week of flying time, the team returned with crucial scientific data and a trove of spectacular aerial photographs.

The flights over Antarctica were part of Operation IceBridge, a multi-year mission to monitor conditions in Antarctica and the Arctic until a new ice-monitoring satellite, ICESat-2, launches in 2016. ICESat-1 was decommissioned in 2009, and IceBridge aircraft have been flying ever since.

Previous Antarctic IceBridge flights took off from Punta Arenas, Chile, but this time NASA’s P-3 took off from the sea ice runway at McMurdo Station, a first for the team. Operated by the National Science Foundation, the station is located on Antarctica’s Ross Island. Flying from McMurdo meant the IceBridge team was able to survey some areas that were unreachable from Chile.

The flights over Antarctica were part of Operation IceBridge

In 43 hours across five science flights in late November, the P-3 collected more than 20,000 kilometers (12,000 miles) worth of science data. Instruments gathered information about the thickness of the ice over subglacial lakes, mountains, coasts, and frozen seas. Operation IceBridge: Wonders In The Antarctic Sea And Sky.

Laser altimeter and radar data are the primary products of the mission, but IceBridge project scientist Michael Studinger almost always has his digital camera ready as well. On November 24, 2013, he took the top photograph of a multi-layered lenticular cloud hovering near Mount Discovery, a volcano about 70 kilometers (44 miles) southwest of McMurdo. The Operational Land Imager (OLI) on Landsat 8captured a wider satellite view (second image) of McMurdo and New Zealand’s nearby Scott Base on November 30, 2013.

Lenticular clouds are a type of wave cloud. They usually form when a layer of air near the surface encounters a topographic barrier, gets pushed upward, and flows over it as a series of atmospheric gravity waves. Lenticular clouds form at the crest of the waves, where the air is coolest and water vapor is most likely to condense into cloud droplets. The bulging sea ice in the foreground is a pressure ridge,which formed when separate ice floes collided and piled up on each other.