Padre Island off the coast of Texas •

Padre Island off the coast of Texas 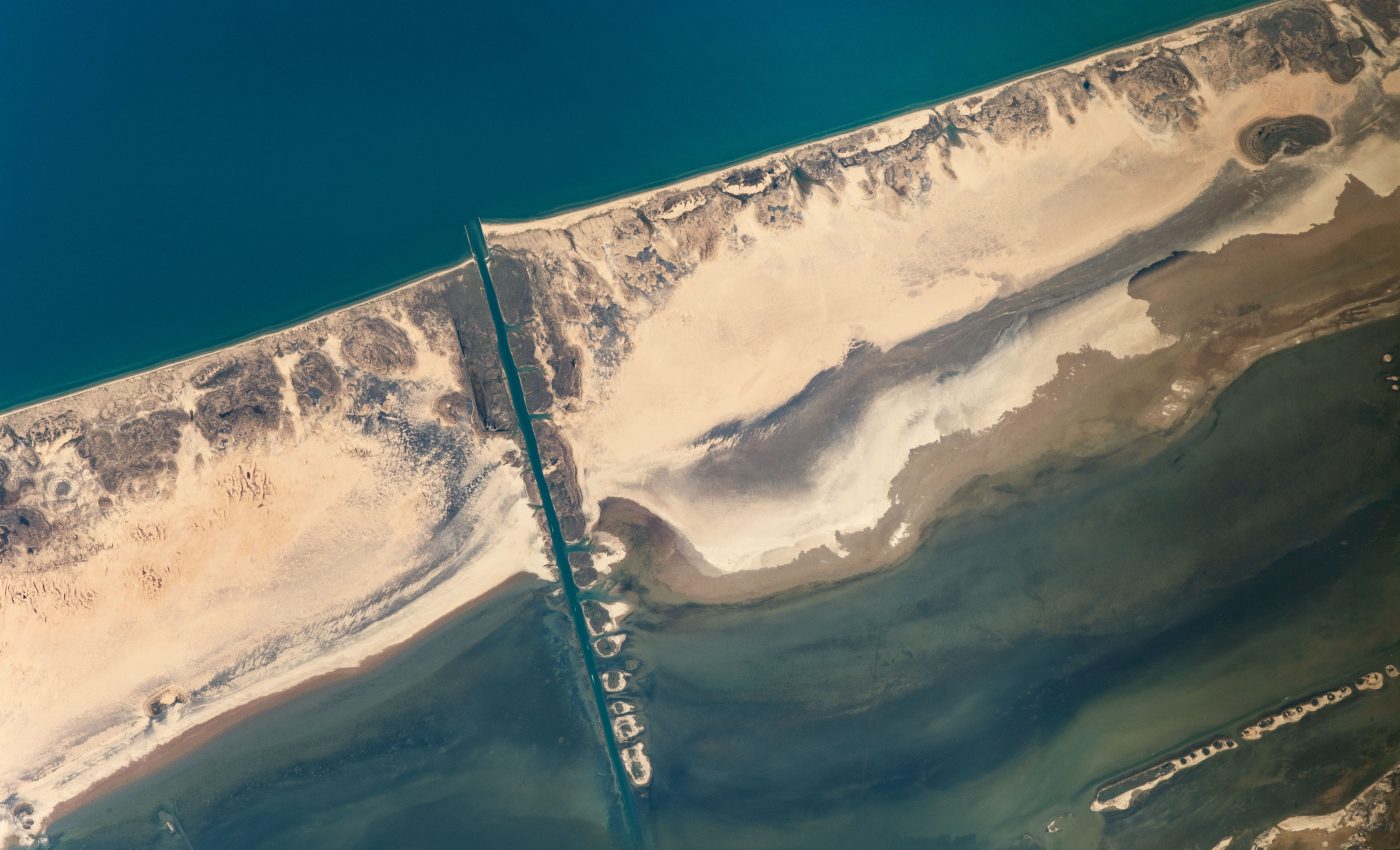 Today’s Image of the Day from NASA Earth Observatory features Padre Island, a barrier island located off the southern coast of Texas.

In 1962, the island was separated into North and South Padre with the cutting of Mansfield Channel in 1962.

The photograph was taken for scientists to the NASA Crew Earth Observations team, who are investigating changes in dune morphology and in the microorganisms that live on the surface of the island.Padre Island is the second-largest island by area in the contiguous United States, after Long Island in New York on the Atlantic Coast. It is about 113 miles (182 km) long  and 1.8 miles (3 km) wide, stretching from the city of Corpus Christi, in the north, to the resort community of South Padre Island in the south. The island is oriented north-south, bordered by the Gulf of Mexico on the east and Laguna Madre on the west. The island’s northern end connects to Mustang Island by roadway. The southern end of the island is separated from Brazos Island by the Brazos Santiago Pass.

A 34-mile long tropical paradise located on the Gulf Coast of Texas, South Padre Island is consistently ranked as a top beach destination by travelers across the globe.