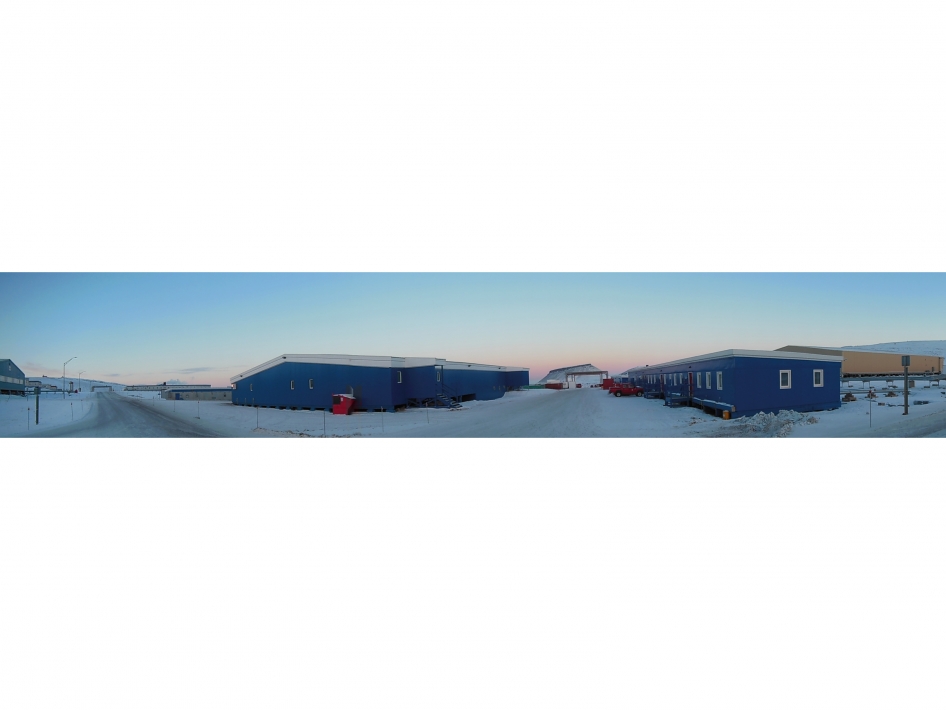 Panoramic view of Thule Air Base, Greenland, on Mar. 10, 2014. Thule Air Base, or Thule Air Base/Pituffik Airport (IATA: THU, ICAO: BGTL), is the United States Air Force’s northernmost base, located 1,207 km (750 mi) north of the Arctic Circle and 1,524 km (947 mi) from the North Pole on the northwest coast of the island of Greenland.
Thule Air Base is the US Armed Forces’ northernmost installation. Thule’s arctic environment includes icebergs in North Star Bay, two islands (Saunders Island and Wolstenholme Island), a polar ice sheet, and Wolstenholme Fjord – the only place on Earth where four active glaciers join together.
Thule Air Base is home to the 21st Space Wing’s global network of sensors providing missile warning, space surveillance and space control to North American Aerospace Defense Command (NORAD) and Air Force Space Command (AFSPC).
Thule Air Base is also home to the 821st Air Base Group and is responsible for air base support within the Thule Defense Area for the multinational population of “Team Thule”. The base hosts the 12th Space Warning Squadron (12 SWS) which operates a Ballistic Missile Early Warning System (BMEWS) designed to detect and track ICBMs launched against North America. Thule is also host to Detachment 1 of the 23rd Space Operations Squadron, part