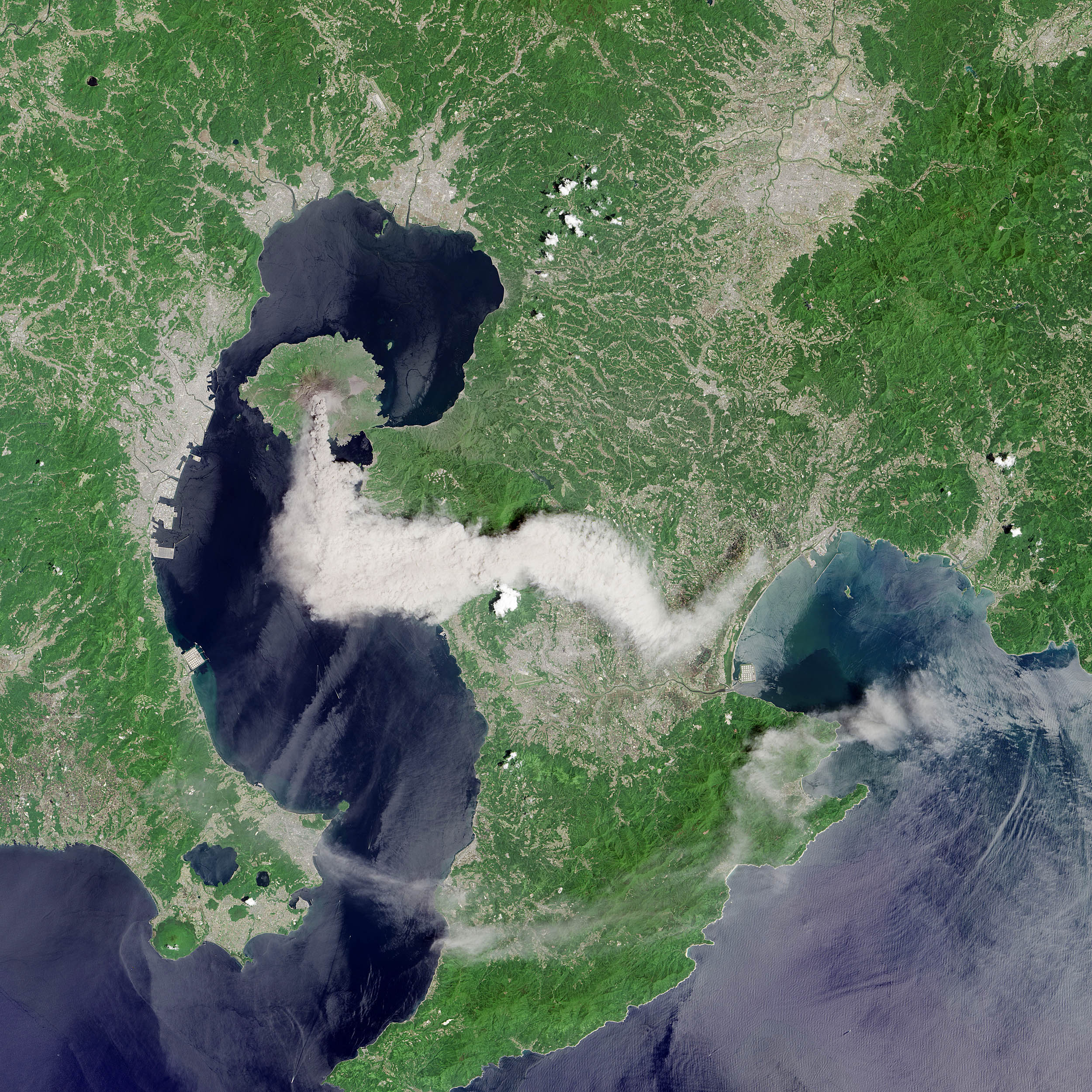 Plume From Sakura-Jima Volcano. Sakura-jima volcano spewed a dense plume of ash over the Japanese island of Kyushu on May 21, 2015. Currently Japan’s most active volcano, Sakura-jima explodes several hundred times each year. These eruptions are usually small, but the larger eruptions can generate ash plumes that soar thousands of meters above the 1,040-meter (3,410-foot) summit.

The volcanic activity still continues, dropping volcanic ash on the surroundings which continues as of March 2019. Earlier eruptions built the white sand highlands in the region. The most recent eruption started on May 2, 2017. On September 13, 2016 a team of experts from Bristol University and the Sakurajima Volcano Research Centre in Japan suggested that the volcano could have a major eruption within 30 years.

Sakurajima is a stratovolcano. Its summit has three peaks, Kita-dake (northern peak), Naka-dake (central peak) and Minami-dake (southern peak) which is active now.

On May 21, 2015, a plume reached a height of 5,200 meters (17,000 feet), according to the Tokyo Volcanic Ash Advisory Center. This natural-color satellite image was collected that day by the Operational Land Imager on Landsat 8

—Kita-dake is Sakurajima’s highest peak, rising to 1,117 m (3,665 ft) above sea level. The mountain is in a part of Kagoshima Bay known as Kinkō-wan. The former island is part of the city of Kagoshima.[6] The surface of this volcanic peninsula is about 77 km2 (30 sq mi).