Russia’s Kambalny volcano shoots a plume of ash into the sky • Earth.com 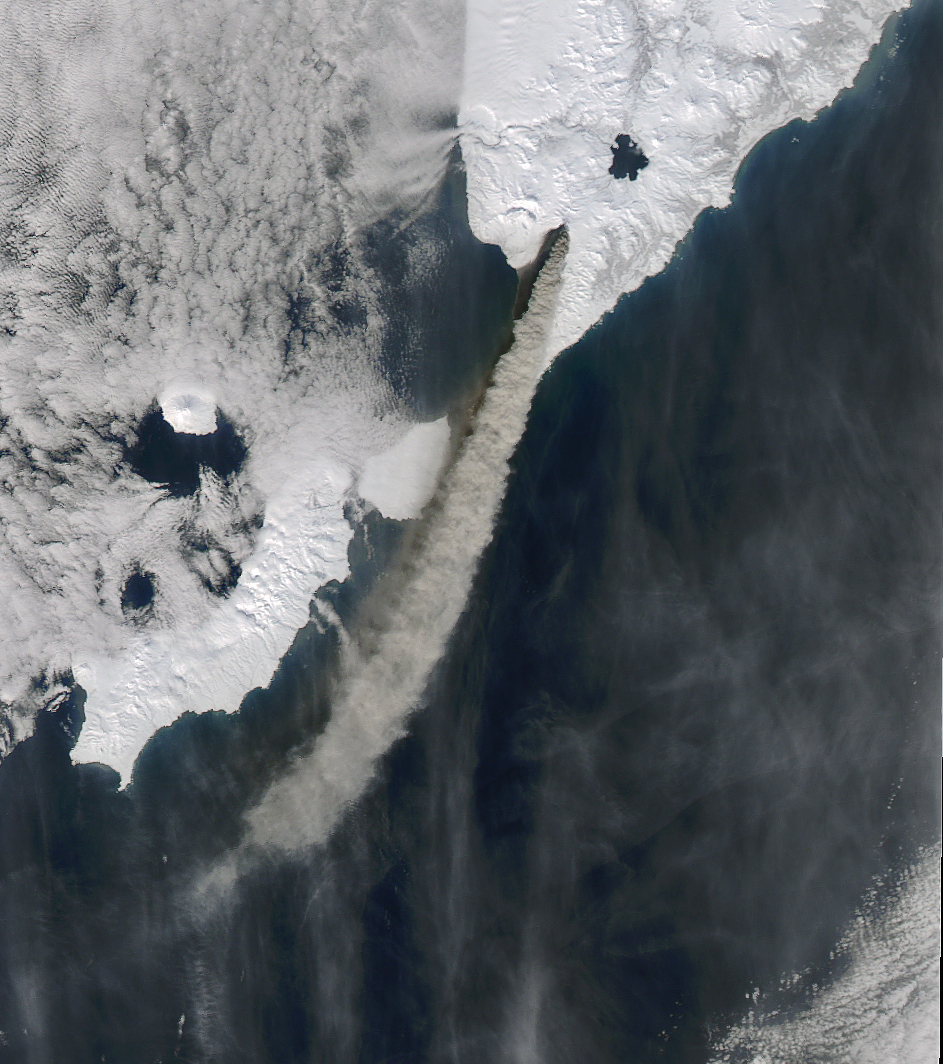 Today’s Image of the Day comes thanks to the NASA Earth Observatory and features Russia’s Kambalny volcano showing activity for the first time in 250 years.

After a long period of dormancy, Kambalny shot a plume of ash into the air on March 25, 2017, which was picked up by NASA’s Moderate Resolution Imaging Spectroradiometer on board the Terra satellite. Soon, the plume stretched over 60 miles in length to the southwest, as ash stained the surrounding snow on both sides of the volcano.

Kambalny is located in the southern portion of the Kamchatka Peninsula in Russia and is classified as a stratovolcano. Its last known eruption occurred in 1769.