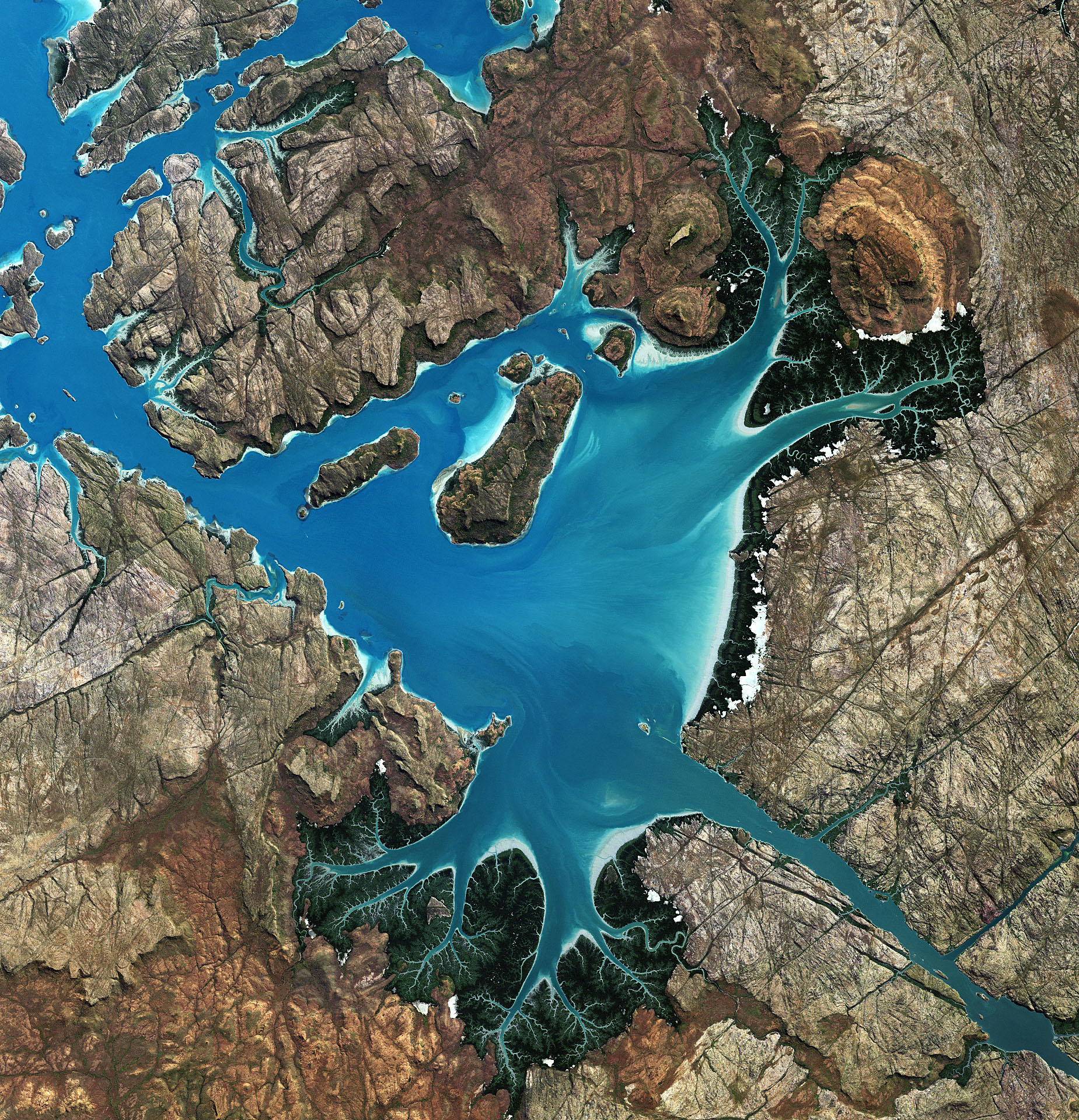 The basin is a deep harbour connected to the sea by a narrow strait. It is bounded by steep cliffs with large expanses of tidal mud flats and mangroves.

The Prince Regent River flows into the basin from the lower-right corner, and the land north of this river is part of the Prince Regent National Park – a UNESCO Biosphere Reserve. The Aboriginal Worora people are the traditional owners of this area, which is one of Australia’s most remote. It is mainly accessed by air or boat, since there are no roads.

The Japanese Advanced Land Observation Satellite captured this image on 16 June 2009. ALOS was supported as a Third Party Mission, which means that ESA used its multi-mission ground systems to acquire, process, distribute and archive data from the satellite to its user community. Australia, officially the Commonwealth of Australia, is a sovereign country comprising the mainland of the Australian continent, the island of Tasmania, and numerous smaller islands. It is the largest country in Oceania and the world’s sixth-largest country by total area. The neighbouring countries are Papua New Guinea, Indonesia, and East Timor to the north; the Solomon Islands and Vanuatu to the north-east; and New Zealand to the south-east. The population of 26 million is highly urbanised and heavily concentrated on the eastern seaboard. Australia’s capital is Canberra, and its largest city is Sydney. The country’s other major metropolitan areas are Melbourne, Brisbane, Perth, and Adelaide.