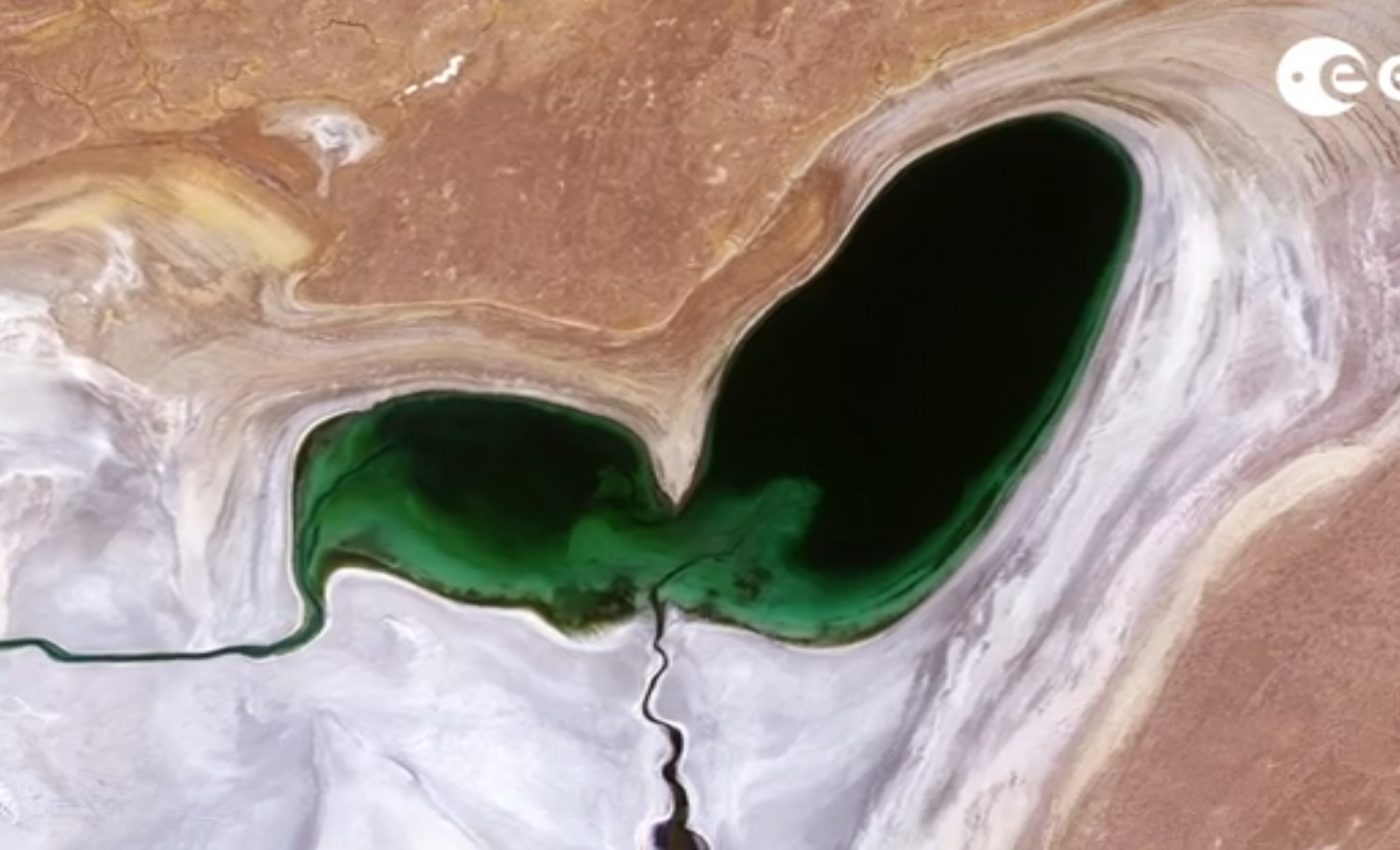 The vanishing Aral Sea Today’s Image of the Day from the European Space Agency shows the heart-shaped Aral Sea.

This beautiful, emerald body of water is shrinking as a direct result of human activities.

Before the 1950s, the Syr Darya and the Amu Darya rivers carried freshwater down from the mountains and into the Aral Sea, which lies between Kazakhstan in the north and Uzbekistan in the south.

In the 1960s, Soviet irrigation projects diverted the rivers to the desert. This has caused the Aral Sea, which was once the fourth largest lake in the world, to shrink dramatically. The vanishing Aral Sea shown above in image.

The image was captured by the Copernicus Sentinel-2 mission on August 30, 2018.

The Aral Sea was an endorheic lake lying between Kazakhstan (Aktobe and Kyzylorda Regions in the north) and Uzbekistan (Karakalpakstan autonomous region in the south). The name roughly translates as “Sea of Islands”, referring to over 1,100 islands that had dotted its waters; in the Turkic languages and Mongolic languages aral means “island, archipelago”. The Aral Sea drainage basin encompasses Uzbekistan and parts of Tajikistan, Turkmenistan, Kyrgyzstan, Kazakhstan, Afghanistan, and Iran