The Colima and the Nevado de Colima • Earth.com

The Colima and the Nevado de Colima 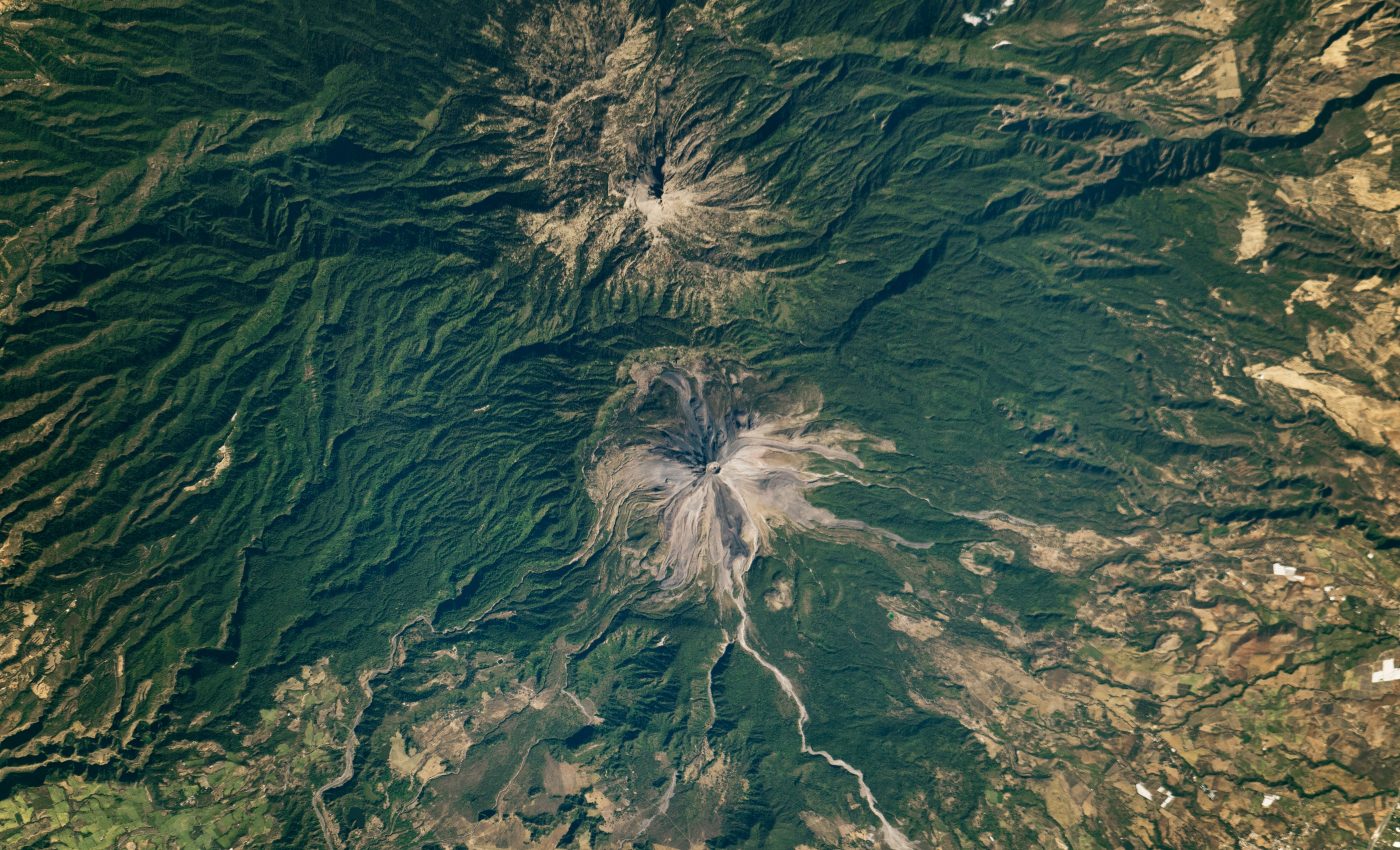 Today’s Image of the Day from NASA Earth Observatory features two stratovolcanoes- the Colima volcano, which is one of the most active volcanoes in North America, and the extinct Nevado de Colima.

The peaks are both located in the Trans-Mexican Volcanic Belt, which stretches from the Gulf of Mexico to the Pacific Ocean. The , 3,820 m (12,533 ft), also known as  de Fuego, is part of the Colima complex (CVC) consisting  El Cántaro

According to NASA, recent lava flows appear as long, gray ribbons down the flanks of Colima, settling alongside some pyroclastic flows, lahars, and lava domes that have characterized the volcano’s geologic history. The Volcán de Colima, 3,820 m, also known as de Fuego, is part of the Colima  Complex consisting of de Colimae Colima and the eroded El Cántaro. It is the youngest of the three and as of 2015 is one of the most active volcanos in Mexico and in North America. It has erupted more than 40 times since 1576. One of the largest eruptions was on January 20–24, 1913. Nevado de Colima, also known as Tzapotépetl, lies 5 kilometres north of its more active neighbor and is the taller of the two at 4,271 meters. It is the 26th-most prominent peak in North America.Early HistoryLittle is known about Colima’s early history except that the Otomi, Nahuatl, Tolteca, Chichimeca and Tarasca cultures flourished there between approximately 2000 B.C and 1000 A.D.When the Spanish arrived in the area around 1525, much of West Mexico was under the political control of the Kingdom

At 14,015 feet tall, Nevado de Colima is famous for its height. Vegetation is visible growing in its slopes.

The photograph was captured by an astronaut onboard the International Space Station (ISS).