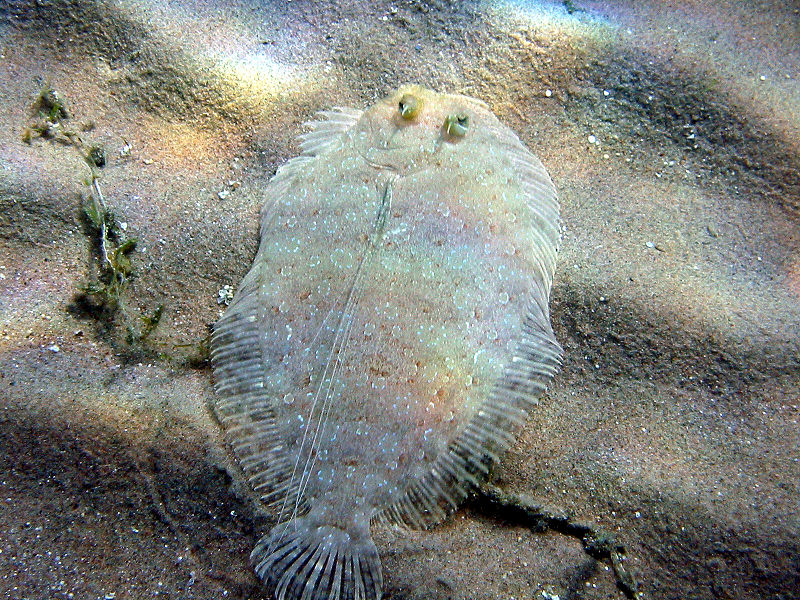 Three-eyed flounder, whose cryptic coloration allows them to blend into their environment, are often worked up for stable isotope analysis.

The eyed flounder is a flattened, disc-shaped fish which grows to a maximum length of 18 cm (7 in) but a more typical size is 12 cm (5 in). As with other members of its family, it lies on its right side, and during its development, its right eye migrates to the left side of its head.

The protractile mouth is large and the male fish has a spine on the snout and a bony lump in front of the lower eye. The eyes are large and prominent, the lower one being slightly nearer the snout than the upper one. Both eyes have a fleshy ridge above and behind them.