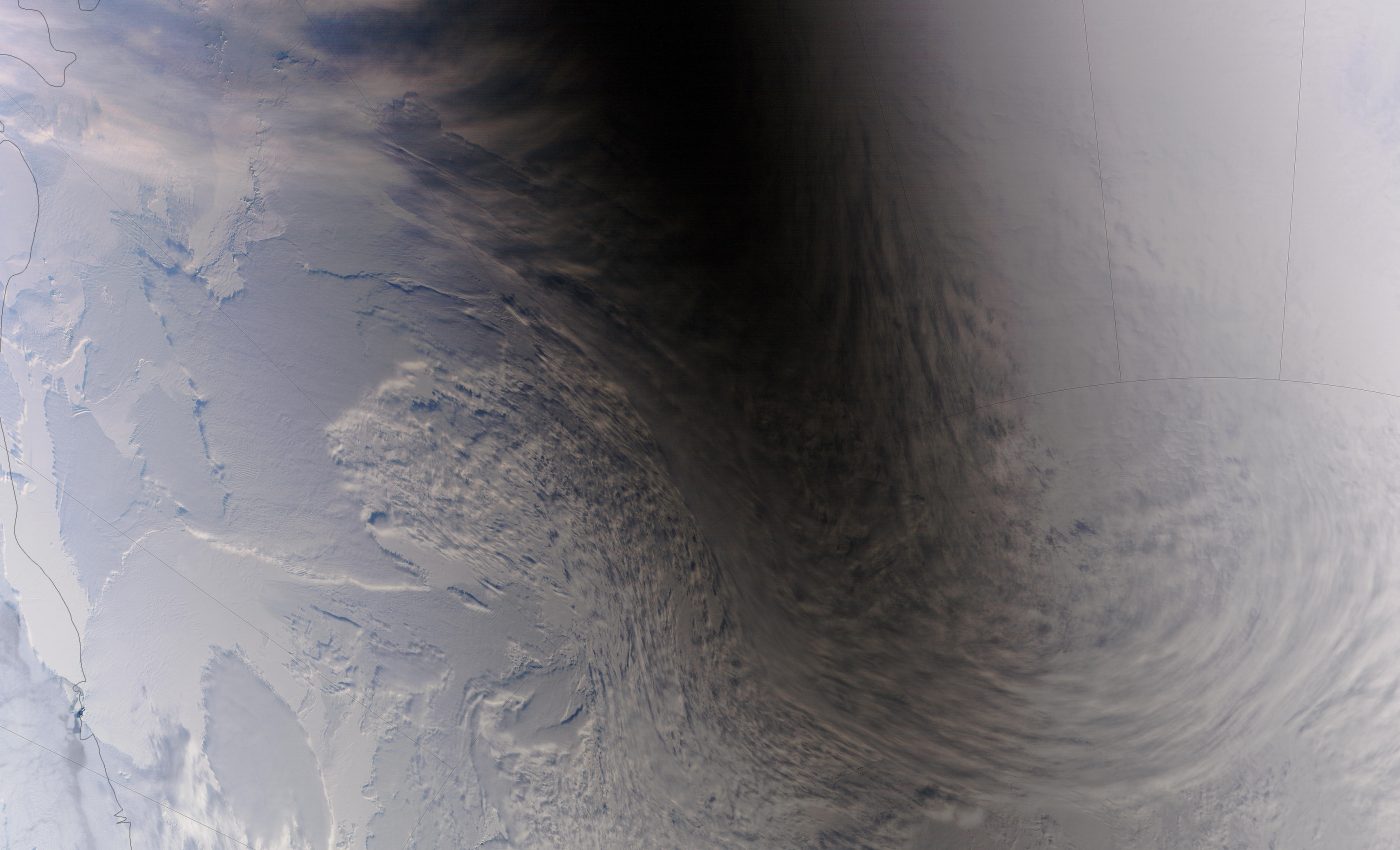 The moon cast a long shadow over Antarctica on November 23, 2003, in a total solar eclipse. The sun typically hangs low on the horizon during the southernmost continent’s almost-summer months, so when the Moon moved between the Sun and the Earth, its shadow fell in a roughly 500-kilometer long oval like the long shadows of a early summer dawn. At the time this image was taken, the sun was at approximately 15 degrees above the horizon. The shadow’s long circular shape is the same pattern a flashlight casts an the floor when held at a similar angle.

The Moderate Resolution Imaging Spectroradiometer (MODIS) on the Aqua satellite captured this image of the eclipse between 23:15 and 23:20 UTC. The Terra satellite captured a similar image of the eclipse. The eclipse started at 22:08 UTC, and the shadow passed from the surface of the earth a little over an hour later at 23:20 UTC. The sun’s light was completely blocked at 22:49 for one minute and 55 seconds.

At the time this image was taken, the sun was just rising over Antarctica, tinting the mountains a delicate pink, even within the shadow of the eclipse. Beyond the dark upper left corner, the sun has not yet driven away night’s darkness. The bluish tones of the snow reveal how Antarctica appears from space without atmospheric correction. The shadow covers Queen Maud Land, Antarctica, with its tip pointing towards Africa. The South Pole is just beyond the right corner of the image.

The moon is not the only thing throwing shadows across the landscape in this image. On the top left, the Pensacola Mountains make long horizontal shadows on the ice. Patches of low cloud along the left side of the umbra are also leaving a dark smudge on the surface.