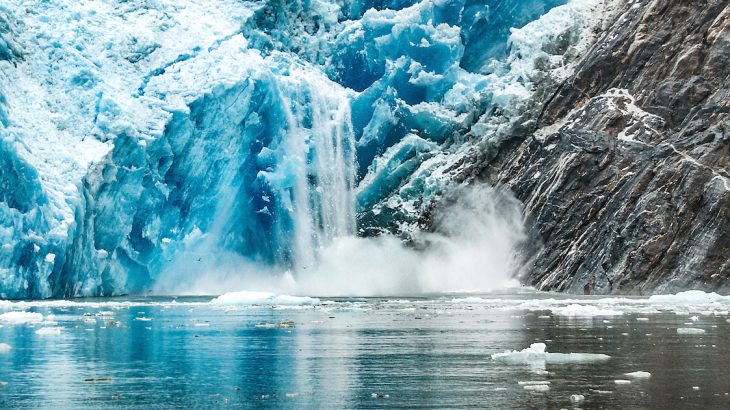 For the research, teams of renowned scientists from the Intergovernmental Panel on Climate Change (IPCC) conducted investigations in some of the world’s most extreme regions from the deepest oceans to the highest Alpine mountains.

IPCC Vice-Chair Ko Barrett explained that as polar ice has melted into the ocean faster, rising temperatures have warmed the surface of the sea and the planet’s marine zones have absorbed the heat.

“For decades, the ocean has been acting like a sponge, but it can’t keep up,” said Barrett. “The consequences for nature and humanity are sweeping and severe.” Effects of climate change are now evident in the most remote regions of Earth

According to the report, the world’s oceans have already reached or are now approaching critical tipping points. The warmer ocean waters are losing oxygen, with levels dropping by 40 percent in just five decades across some tropical regions.

The oxygen-deprived water, combined with the alarming effects of ocean acidification, has put a strain on corals and other marine ecosystems that may ultimately trigger a cascade of collapses among fish populations and fisheries.

For example, the east and west coasts of the United States will experience what were once considered to be hundred-year floods every single year. The authors of the paper explained that unless major investments are made to prepare, these floods will continue to devastate the coast even if greenhouse gas emissions are drastically reduced.

On a global scale, the necessary infrastructure modifications needed to adapt to climate change and rising sea levels could cost hundreds of billions of dollars per year. But the IPCC experts also found that, without such flood adaptation measures, extreme coastal flooding will become common by the end of the century.

“This report should erase any doubts about the peril that climate change poses for the health of the ocean and, as a consequence, for human well-being,” said John Tanzer of the World Wildlife Fund. “From coral reefs and mangroves to fish populations and coastal habitats, climate change and human pressures are rapidly destroying the natural capital that supports the lives and livelihoods of hundreds of millions of people around the world.”

“The Special Report on the Ocean and Cryosphere in a Changing Climate” was prepared by 104 leading scientists from 36 countries, who acted as coordinating lead authors, lead authors, and review editors.