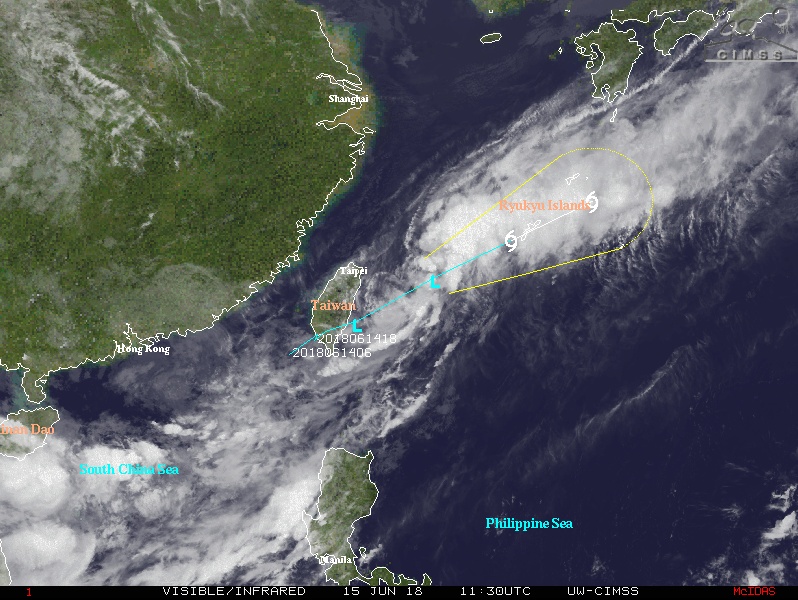 Gaemi formed as a tropical depression over the western Pacific Ocean on October 1, 2012, according to Unisys Weather. It soon strengthened to a tropical storm and lingered off the Philippines, dropping heavy rain on the northern and western parts of the archipelago, AccuWeather reported. By October 5, Gaemi appeared headed for the coast of Vietnam.

The Moderate Resolution Imaging Spectroradiometer (MODIS) on NASA’s Aqua satellite captured this natural-color image of Gaemi on October 5, 2012. The storm lacked a distinct eye and instead appeared as a mass of clouds over the South China Sea.

On October 5, the U.S. Navy’s Joint Typhoon Warning Center (JTWC) reported that Gaemi was located about 425 nautical miles (785 kilometers) east-southeast of Huê, Vietnam. The storm had maximum sustained winds of 35 knots (65 kilometers per hour) and gusts up to 45 knots (85 kilometers per hour). The JTWC storm track showed Gaemi moving west toward Vietnam. AccuWeather reported that, although Gaemi did not have intense winds, the storm held the potential to bring heavy rains and floods to parts of Vietnam, Laos, Cambodia, and Thailand in the coming days.