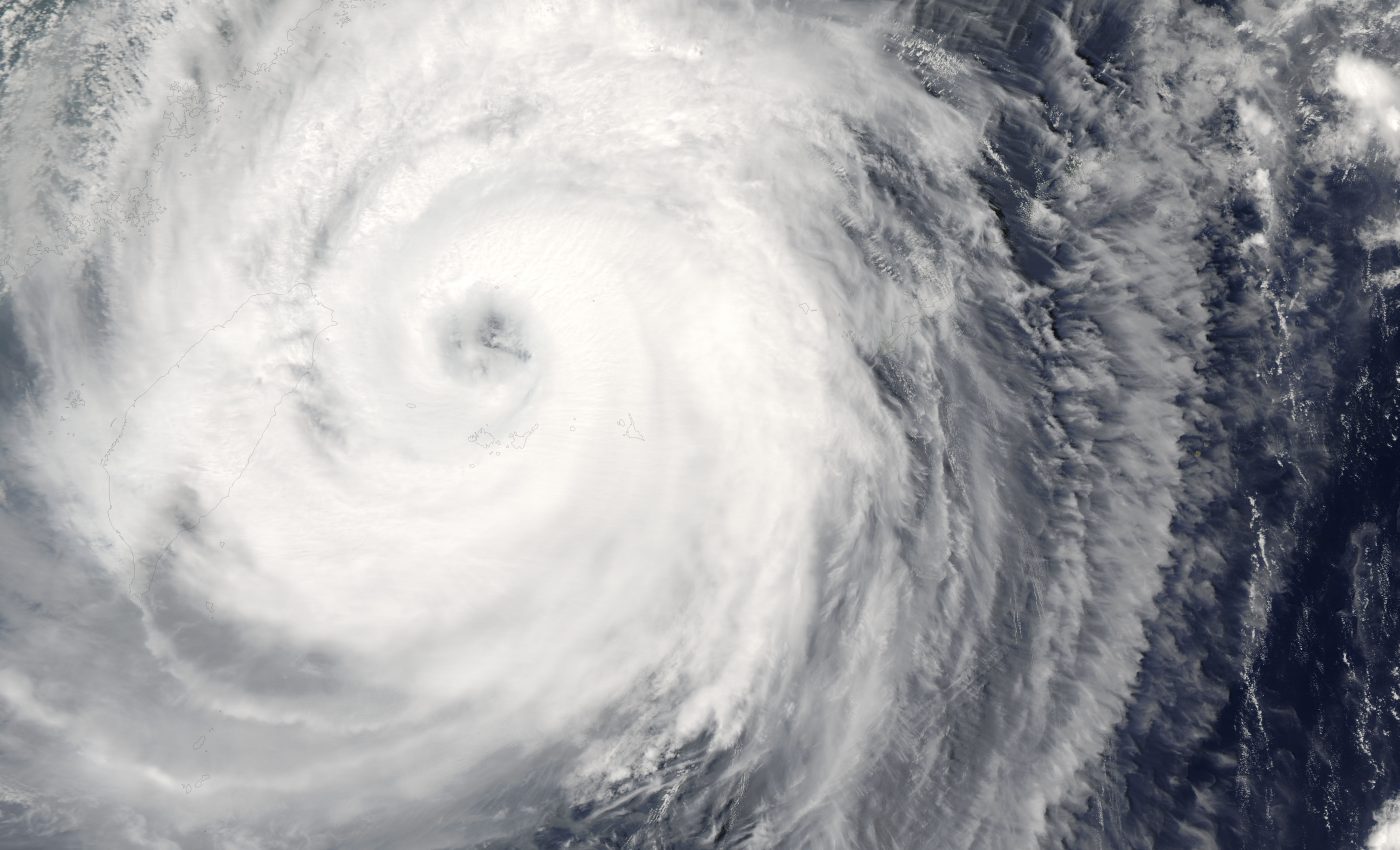 Aere made landfall on southeast China’s Fujian province at 8:30 UTC and was expected to also strike Zhejiang province, an area that is still mopping up after Typhoon Rananim left 164 people dead and 1,800 injured just weeks ago.

The MODIS Rapid Response System provides this image at additional resolutions and formats. Also Typhoon Aere, known in the Philippines as Typhoon Marce,  was a mid-season category two typhoon that brought severe damage to Taiwan and the People’s Republic of China in August 2004. Aere is the Marshallese word for ‘storm’. Some 937,000 people were evacuated before the typhoon’s arrival. The local government of Fuzhou ordered work to stop at all construction sites and schools and universities when the city was under their first Black Typhoon Signal in history. A Black Typhoon Signal, the most severe of their five grades, indicates that a tropical cyclone is affecting the district or is to affect the district within the next 12 hours with sustained wind of hurricane strength. The evacuation of 930,000 people from low-lying and coastal areas in China helped keep their death toll at zero.[