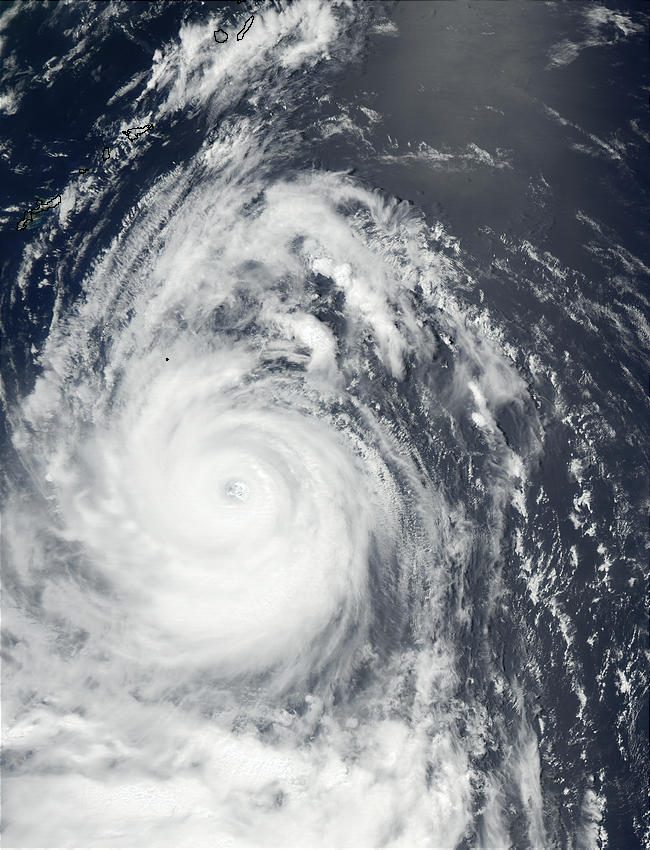 Typhoon Rusa (21W) South of Japan. In this series of true-color images from the Moderate Resolution Imaging Spectroradiometer (MODIS), Typhoon Rusa can be seen menacing first Japan and then Korea. The series includes images captured by the Terra and Aqua MODIS instruments between August 27 and August 31, 2002.

Typhoon Rusa was the most powerful typhoon to strike South Korea in 43 years. It was the 21st JTWC tropical depression, the 15th named storm, and the 10th typhoon of the 2002 Pacific typhoon season. It developed on August 22 from the monsoon trough in the northwestern Pacific Ocean. Therefore well to the southeast of Japan. For several days, Rusa moved to the northwest, eventually intensifying into a powerful typhoon.

Therefore On August 26,Typhoon Rusa (21W) South of Japan. Also the storm moved across the Amami Islands of Japan. Also  where Rusa left 20,000 people without power and caused two fatalities. Although Across Japan, the typhoon dropped torrential rainfall peaking at 902 mm (35.5 in) in Tokushima Prefecture. This powerful storm has taken over and caused a lot of damage. Therefore the Pacific Ocean has been affected north for several days. Monsoon season was in full effect.