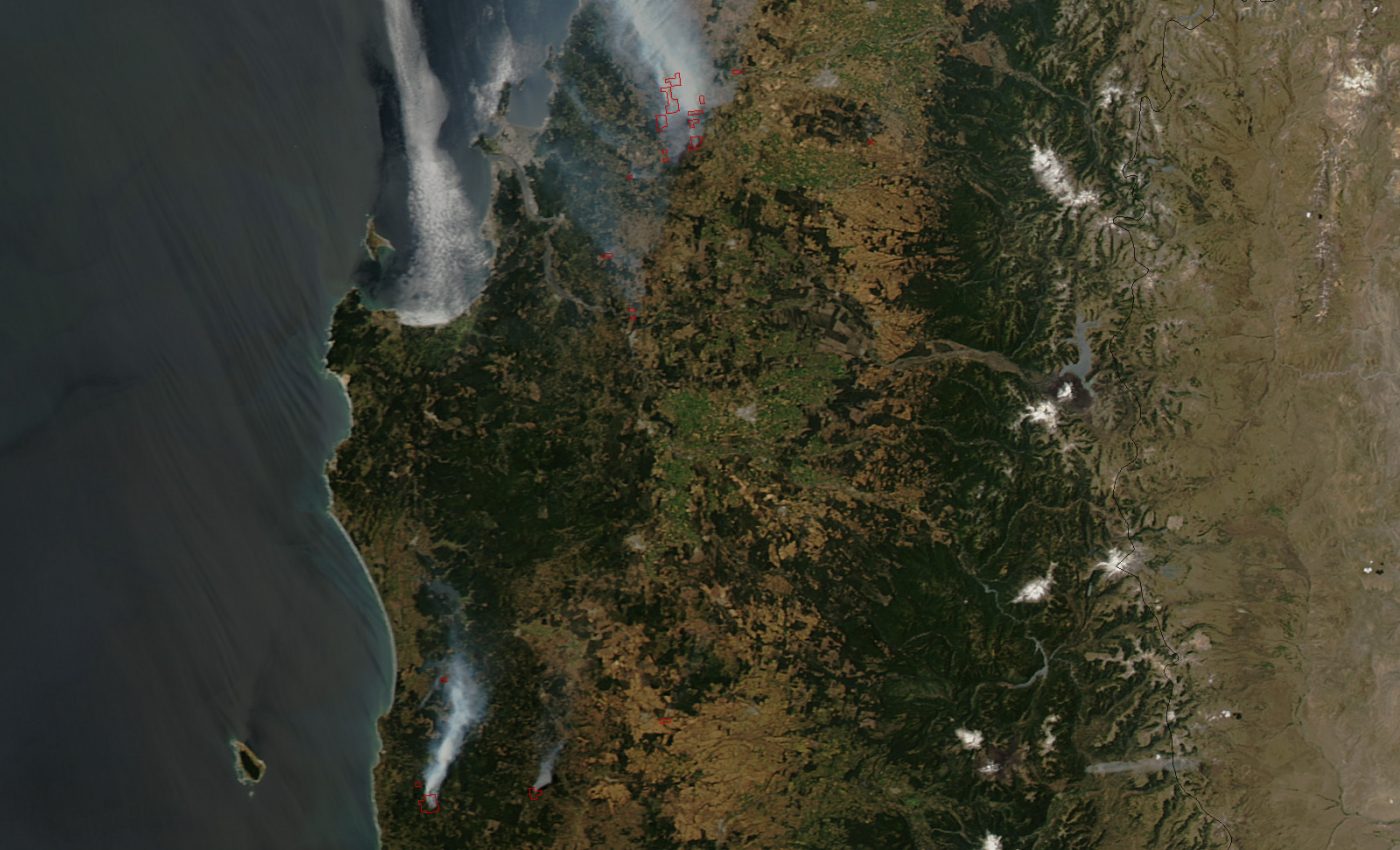 A large wildfire burning in the Bío-Bío region of central Chile killed one man and forced more than 600 people from their homes in the first days of 2012. Active fire fronts are outlined in red in this image taken by the Moderate Resolution Imaging Spectroradiometer (MODIS) on NASA’s Aqua satellite on January 2. The large fire is one of several that MODIS detected near the cities of Concepción and Chillán.

The wildfire is burning through both commercial pine and eucalyptus forest and native forest. As of January 4, it has burned more than 13,000 hectares (32,000 acres) causing more than 40 million dollars in damage. Since igniting on December 31, the fire has destroyed 162 homes and a wood manufacturing plant, said local news reports.

Warm temperatures and dry conditions contributed to the spread of fires throughout Chile in late December and early January. In southern Chile, another large fire burned more than 30,000 acres of native forest in Torres del Paine National Park. Clouds have prevented MODIS from imaging the fire. Though fire conditions are extreme, officials suspect that people started both fires.

Track fire activity in twice-daily images of both central and southern Chile on the LANCE MODIS Rapid Response System.