The 10 largest rainforests in the world • Earth.com 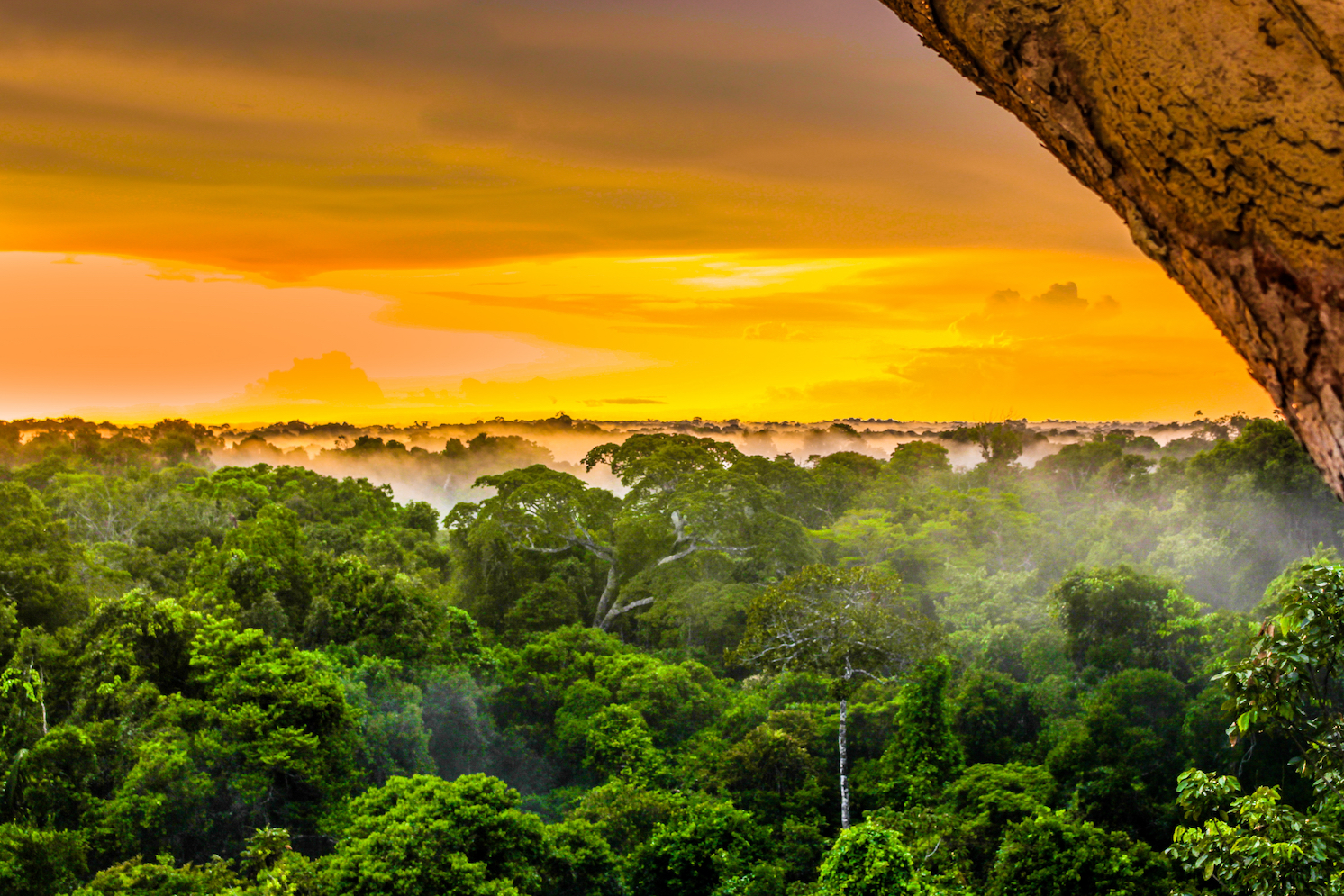 The 10 largest rainforests in the world

With climate change at the forefront of the world’s attention, there is no better time than now to address how we can better protect our planet’s tropical rainforests. These regions help to offset the consequences of harmful emissions by storing carbon dioxide, and release about 20 percent of the world’s total oxygen.

Rainforests are also home to invaluable natural resources such as fresh water, and contain over half of the world’s species. The following is a list of the largest rainforests on the planet.

Covering an area of over 1.2 billion acres, the Amazon rainforest is the largest in the world. This region is home to 10 percent of the world’s known species and represents over half of the rainforest on the planet.

This African rainforest stretches out over 1.5 million square miles. Deforestation has turned the region into one of the most endangered ecosystems in the world. There are five national parks in the Congo Rainforest which are designated as World Heritage Sites.

The Bosawas Biosphere Reserve in northern Nicaragua spans an area of over 5 million acres, making it one of the world’s largest rainforests. The region was designated as a UNESCO biosphere reserve in 1997.

This ancient rainforest, which was named after geologist and photographer Richard Daintree, is located on the coast of Queensland, Australia. At over 165 million years old, it is thought to be the oldest tropical rainforest in the world

Stretching from India to Malaysia, these forests were once the most biodiverse regions of the world before much of the land was cleared for logging and farming. Most of Asia’s tropical rainforests are scattered across the islands of Indonesia. Experts believe that the rainforests of Malaysia existed as far back as 100 million years ago.

Half of the Tongass National Forest is covered in rainforests, and the other half is made up of rock, ice, and water. The largest trees in Alaska are found here, and only about 25 percent of these trees are protected. This region covers 11,000 miles of coastline and is home to about 75,000 people in 32 communities.

Kinabalu was the first national park in Malaysia, and was also the country’s first World Heritage Site. The 130 million-year-old rainforest is considered to be one of the most important biological sites in the world with thousands of species of plants and animals.

Located in the mountains of Costa Rica, this region was designated as a reserve in 1972 to protect the forest from logging. The area is made up of rivers, rainforests, and cloud forests, and is said to have some of the best bird watching in the world.

This national park in Sri Lanka was designated as a World Heritage Site by UNESCO in 1978. 60 percent of the park’s trees are endemic to the region and many are considered to be extremely rare.

Located on the west coast of South America, this ecoregion spans from Chile to Argentina. Four forest ecosystems exist within the Valdivian Temperate Rainforest, including the Patagonian Andean forests, the Northern Patagonian forests. deciduous forests, and laurel forests.