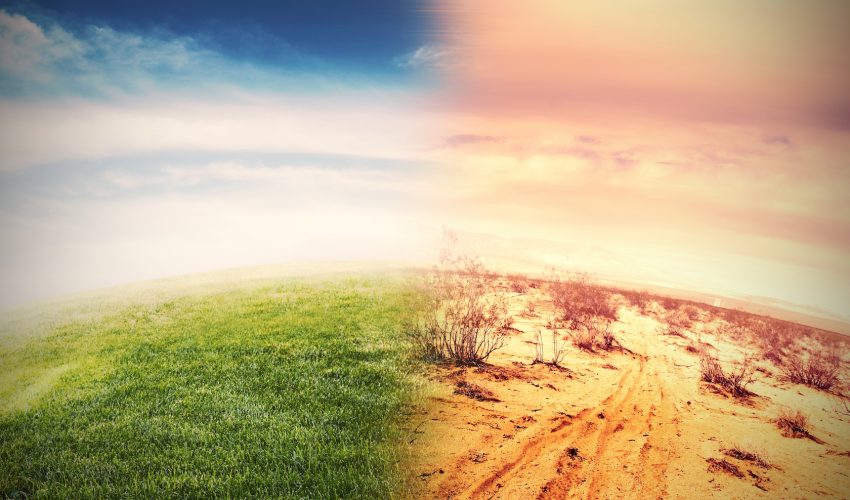 For the first time, researchers have found scientific evidence to pinpoint when mankind entered into the current geological age known as the Anthropocene. A radiocarbon spike located in the heartwood of a Sitka spruce tree represents the precise time in 1965 that humans changed our planet forever.

Many scientists agree that we have entered into a new epoch marked by human-induced changes to the Earth, which is referred as the Anthropocene. In order for a new era to be declared, however, there has to be a clear, global signal that marks its official beginning.

The radioactive carbon spike, which was created by atmospheric thermonuclear bomb tests in the 50s and 60s, has provided experts with the proof that they have been searching for.

Study co-author Christopher Fogwill is a professor of Glaciology and Palaeoclimatology at Keele University.

“The impact that humanity’s nuclear weapons testing has had on the Earth’s atmosphere provides a global signal that unambiguously demonstrates that humans have become the major agent of change on the planet,” said Professor Fogwill.

“This is an important, yet worrying finding. The global atomic bomb signal, captured in the annual rings of this invasive tree species, represents a line in the sand, after which our collective actions have stamped an indelible mark, which will define this new geological epoch for generations to come.”

The Sitka spruce tree, located on Campbell Island in the Southern Ocean, is over 100 years old and native to the North American Pacific Coast. It was planted on the island in 1901 by the governor of New Zealand. The spruce is referred to as the “loneliest tree in the world” because it stands over 100 miles away from the nearest tree on the Auckland Islands.

“It seems somehow apt that this extraordinary tree, planted far from its normal habitat by humans has also become a marker for the changes we have made to the planet, it is yet further evidence, if that was needed, that in this new epoch no part of our planet remains untouched by humans,” said study co-author Mark Maslin.

Professor Chris Turney from the University of New South Wales is the study’s lead author.

“We were incredibly excited to find this signal in the Southern Hemisphere on a remote island, because for the first time it gave us a well defined global signature for a new geological epoch that could be preserved in the geological record,” said Professor Turney.

“Thousands of years from now this golden spike should still stand as a detectable marker for the transformation of the Earth by humankind.”

Although evidence of the radiocarbon peak had been previously found preserved in European trees, the signal did not yet qualify as the marker of a new epoch.

Now that the signature has also been identified in the Southern Hemisphere, it is considered an official signal because it is global, precise, and detectable in the geological record.