2018 was the hottest year recorded for global ocean temperatures • Earth.com 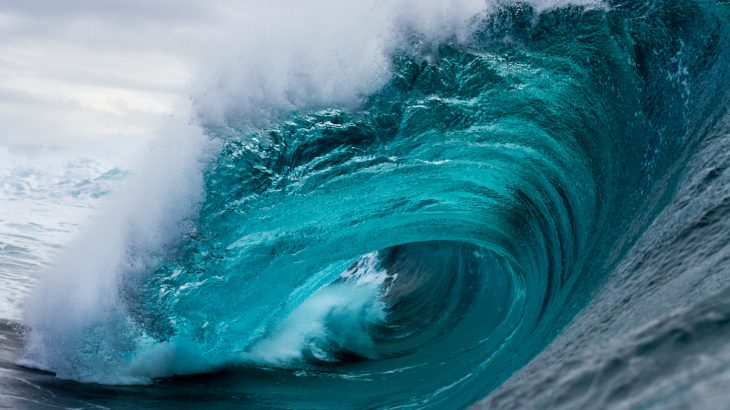 2018 was the hottest year recorded for global ocean temperatures

Researchers consider ocean temperatures as the best determinant of global warming progress driven by human-caused greenhouse gas emissions. This is because 90% of the heat generated by these greenhouse gasses is absorbed into the ocean.

According to ocean temperature analysis conducted by the Institute of Atmospheric Physics (IAP) at Chinese Academy of Sciences, 2018 is now the warmest year on record in regards to global ocean temperatures, and this should be concerning for all inhabitants of Earth.

The international team who conducted this analysis published their ocean heat content observations January 16th in Advances of Atmospheric Sciences. The data shows that ocean temperatures in 2018 reached about 19.67 x 1022 Joules — Joules being a unit measure of heat.

The increase in temperature between 2017 and 2018 is estimated to be about 388 times the electricity generated by China in 2017 and about 100 million times the heat from the Hiroshima bomb.

“The new data, together with a rich body of literature, serve as an additional warning to both the government and the general public that we are experiencing inevitable global warming, “ said lead author Dr. Lijing Cheng. “The ocean and global warming have already taken place and caused serious damage and losses to both the economy and society.”

Ocean temperatures are only expected to rise in the future if no immediate action is taken, researchers warn. Higher temperatures will increase sea levels, salt water will contaminate fresh water, thus affecting freshwater species and drinking water, coastal infrastructure will be compromised, and storms, draughts, and natural disasters will only worsen.

The IAP team will continue to measure trends in order to benefit the general public. “These scientific activities will eventually serve the general public and government by enabling them to make informed decisions and thus create a better and more sustainable future for all,” Dr. Cheng concluded.