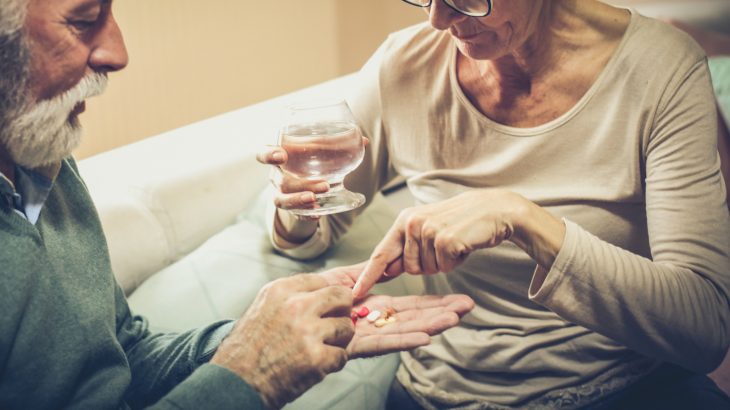 A new study from the University of Michigan has discovered risky, long-term benzodiazepine use among one in every four older adults with a prescription. These sedatives, which include valium and xanax, are primarily used to treat anxiety but are also used for treating depression and insomnia.

It is known that benzodiazepine drugs are habit forming and can lead to addiction. There are also warnings against long-term use, particularly among older people, due to certain side effects that can increase the risk of dangerous falls and car crashes.

The research team, which also included experts from the University of Pennsylvania and Veterans Affairs (VA), analyzed the use of benzodiazepine among low-income older adults in a Pennsylvania program that helps with drug costs.

According to the researchers, the study results suggest that there is an urgent need for awareness among the public as well as healthcare providers regarding the risks associated with benzodiazepines.

The investigation was focused on 576 adults who received their first benzodiazepine prescription in 2008 to 2016. The experts found that 152 of these individuals still had a current or recent prescription a year later.

It was determined that patients whose initial prescriptions were written for the largest amounts were more likely to become long-term benzodiazepine users. For every 10 additional days of medication prescribed, an individual’s risk of long-term use nearly doubled over the next year.

The study also revealed that white patients were four times more likely to use the sedatives in the long term. Study lead author and geriatric psychiatrist Dr. Lauren Gerlach said that the rate of long-term use is concerning enough in itself.

“This shows that we need to help providers start with the end in mind when prescribing a benzodiazepine, by beginning with a short-duration prescription and engage patients in discussions of when to reevaluate their symptoms and begin tapering the patient off,” said Dr. Gerlach. “We also need to educate providers about effective non-pharmaceutical treatment alternatives, such as cognitive behavioral therapy, for these patients.”

In addition, the analysis showed that long-term benzodiazepine users were more likely to report sleep problems. However, benzodiazepines are not recommended for long-term use as sleep aids and may even worsen sleep with prolonged use.

“This study provides strong evidence that the expectations set out by a provider when they first write a new prescription carry forward over time,” explained study senior author Dr. David Oslin. “When a physician writes for 30 days of a benzodiazepine, the message to the patient is to take the medication daily and for a long time. This expectancy translates into chronic use which in the long run translates into greater risks like falls, cognitive impairment and worse sleep.”

“Since mental health providers see only a very small minority of older adults who have mental health issues, we need to support primary care providers better as they manage these patients’ care,” said Dr. Gerlach. “We must help them think critically about how certain prescriptions they write could increase the chance of long-term use.”