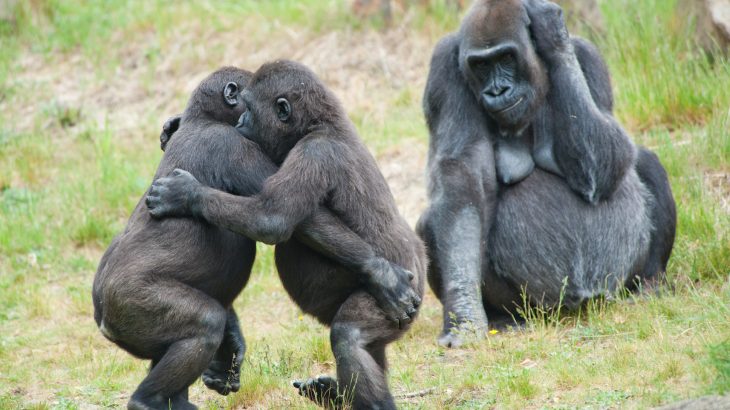 A recent study from The University of Western Australia has revealed that the behavior of African mountain gorillas is strongly influenced by the tight bonds they form within groups. The researchers also that conflict is most likely to involve alpha male gorillas who act as the protectors of their close-knit communities.

The investigation was focused on interactions between 10 groups of mountain gorillas in Rwanda over the course of a year. The experts combined their observations with data collected by the Karisoke Research Center between 2003 and 2015.

The research team found that male gorillas often engaged in aggressive fights to protect their communities. On the other hand, the experts discovered that bonds formed between former group members drastically reduced hostility between the familiar males. Such reunions often led to friendly behavior, such as grooming and playing.

Study lead author Dr. Melanie Mirville explained that the bonds formed between gorillas were so strong that their interactions were usually peaceful, even after years of separation.

“What’s interesting is people often have the perception that gorilla behavior is very much influenced by competition for females or over a food source, but there’s also a good proportion of behaviour that is peaceful as a result of long-lasting social relationships,” said Dr. Mirville.

“As humans we are friendlier if we bump into someone we know in comparison to people we don’t know or trust. We also have an ongoing history of conflict and war, alliances and peace-making.”

“By understanding the intergroup behaviors of primates in response to their existing social history, we can better understand the complex origins of our own remarkable social behavior, including hostility to people or groups we are not familiar with.”

Dr. Mirville said that she never felt nervous while working with the mountain gorillas.

“The gorillas studied have been observed by researchers from their day of birth so they didn’t see us as a threat. You still want to keep a good distance from the group though; the alpha males can grow up to around 200 kg and can be very protective.”