Agri-environment schemes can bring wildlife back to farms • Earth.com 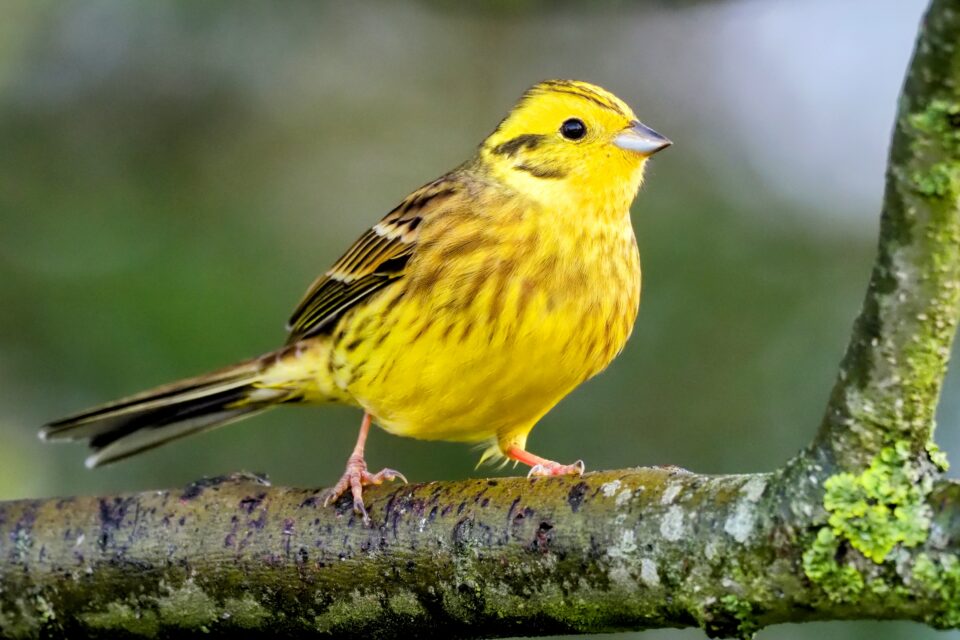 Agri-environment schemes can effectively boost wildlife populations without affecting food production, according to a long-term study from the UK Centre for Ecology & Hydrology (UKCEH).

Since the end of World War II, major biodiversity losses in the UK have been caused by the intensification of farming practices. In recent decades, agri-environment schemes have been introduced to help farmers manage their land in a way that enhances the landscape and supports biodiversity.

For the current study, the researchers monitored a commercial farm called Hillesden, located in southeast England, where wildlife habitats were experimentally created more than ten years ago. These habitats include seed-bearing plants for birds and wildflowers for pollinators.

The results of the UKCEH study showed that the creation of wildlife habitats on the farm significantly increased local bird and butterfly populations without damaging food production.

The experts found that the majority of species had greater population numbers at Hillesden compared to farmed landscapes without agri-environment measures during the same timeframe. For example, 40 percent of butterfly species at Hillesden increased in population size between 2006 and 2016, compared to 21 percent elsewhere.

According to the study authors, the abundance of the common linnet more than doubled at Hillesden. The yellowhammer and chaffinch also fared better compared to birds at other sites.

“Investigating changes in populations over a significant period of time, and comparing these with other sites, means we can be confident that agri-environment options can bring long-term term benefits for bird and butterfly populations,” said study lead author Dr. John Redhead.

“Hillesden is a typical, large arable farm with conventional agricultural practices, in an ordinary landscape with no large patches of natural habitat. Therefore, it is likely that the results of our long-term study indicate what can be achieved on other commercial farms with good planning, implementation and management of agri-environment measures.”

A previous study from the UKCEH suggests that crop production does not suffer from agri-environment measures. The research showed that overall crop production at Hillesden was unaffected by the loss of agricultural land for habitat creation. In fact, some crop yields were even boosted.

“The Hillesden study shows that it is possible to balance wildlife conservation with efficient food production,” said Marek Nowakowski of the Wildlife Farming Company. “I am confident other farmers could achieve similar results with the right training and advice.”

Robin Faccenda, owner of the Hillesden estate, said it has never been more important to balance profitable farming with increased wildlife delivery than it is in these challenging times. “My advice to anyone wishing to improve the wildlife on their farm would be to get good advice and create a range of appropriate quality habitats.”