AI could unlock the full potential of satellite data • Earth.com 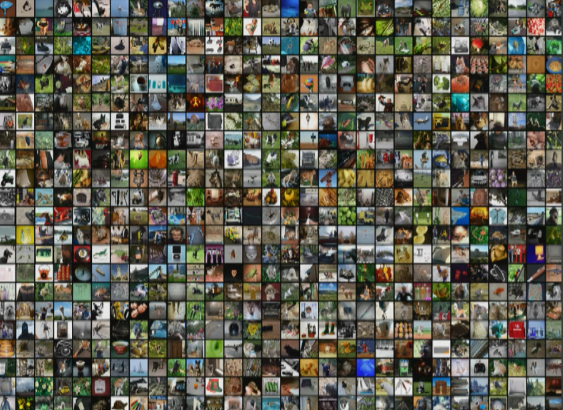 AI could unlock the full potential of satellite data

The ESA’s ɸ-week has brought together hundreds of space investors, entrepreneurs, and scientists to explore new ways that satellite data can be combined with the latest technologies to benefit business, industry, and science. The challenge is to find the most efficient ways to make use of a massive amount of satellite information, and the experts are reporting that artificial intelligence is the best solution.

While artificial intelligence may sound like something in the distant future, the reality is that we are already exposed to it every day through tools such as voice recognition and digital assistant services like Siri and Alexa. Artificial intelligence is created when people train computers to simulate human intelligence. The computers not only need to be programmed with the information, but also with instructions on how to use it.

Earth observation satellites operated by the European Space Agency (ESA) alone produce about 150 TB of data every single day, and artificial intelligence could be used to unlock the full potential of these space missions.

By applying artificial intelligence to Earth observation, information would be provided to users much faster, which is important for addressing environmental disasters and climate change. An A.I. system could also prove to be monumental in helping to achieve the UN’s Sustainable Development Goals (SDGs).

Patrick Helber of the German Research Center for Artificial Intelligence explained that an artificial intelligence system is being trained with data from the Copernicus Sentinel-2 mission to help address global challenges, including those highlighted by the SDGs.

“Take for example the SDG 11 Sustainable Cities and Communities. It is expected that 95% of urban expansion over the next decades will take place in the developing world. There will be obvious issues relating to public health, clean water and so on,” said Dr. Helber.

“As a first step towards helping those people, we need to be able to map these growing urban environments. It is clear that you cannot manually analyse hundreds of terabytes of data every day, we need an automated approach, which is where artificial intelligence comes in.”

“Through our research, we can, for example, run over a Copernicus Sentinel-2 image with trained artificial intelligence and the type of land is automatically classified. This, in turn, allows changes in land-use, such as urban growth to be monitored automatically.”

Josef Aschbacher is the ESA’s Director of Earth Observation Programmes. He added: “We believe that artificial intelligence is set to take us into a new era for Earth observation and this can only benefit society.”

“While I expect this will be a matter of routine in the years to come, my personal dream is to fly a small satellite that carries an artificial intelligence chip to provide information in a more ‘intelligent’ way.

According to Aschbacher, an experiment using satellite observation data and artificial intelligence will be launched next year.

This year’s ɸ-week is taking place at the ESA’s Centre of Earth observation in Frascati, Italy, on November 12-16.