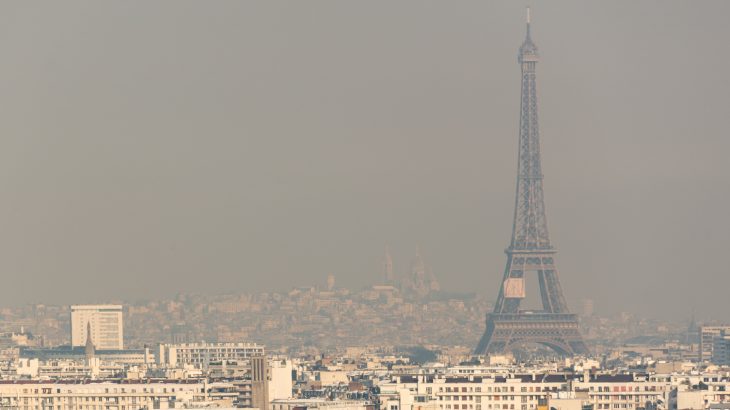 Ahead of today’s Climate Action Summit, United Nations officials told the BBC that it has proven easier to turn international attention to the issue of air pollution than to convince countries to address greenhouse gas emissions. The good news is that by reducing or eliminating certain air pollutants, harmful greenhouse gases will be largely reduced as well.

The same industrial activities that release carbon dioxide and other greenhouse gases are also producing short-lived climate pollutants (SLCPs), such as black carbon and methane, that also contribute to climate change in a powerful way. According to the Center for Climate and Energy Solutions (C2ES), short-lived pollutants are responsible for as much as 45 percent of global warming to date.

“Unlike carbon dioxide, short-lived climate pollutants have a shorter atmospheric lifetime but have a high global warming potential, meaning they can warm the Earth faster compared to carbon dioxide,” states C2ES. “Targeted efforts to reduce these emissions can slow the pace of global warming by 0.6 degrees Celsius by 2050.”

“The main driver of climate change, fossil fuel combustion, also contributes about two-thirds of outdoor air pollution – and the contribution of air pollution alone to poor health is staggering,” the Climate and Clean Air Coalition states.

“Each year, air pollution causes 7 million premature deaths (or about 1 in every 8 deaths), costs the global economy an estimated US$ 5.11 trillion (equivalent to all goods and services produced by the entire economy of Japan in 2013) in welfare losses and kills 600,000 children every year.”

“Its death toll is similar to that from tobacco smoking, making it one of the largest avoidable risks to human health.”

Jian Liu, the chief scientist for UNEP, told the BBC that countries are willing to join this initiative because reducing short-lived air pollutants can produce immediate benefits for public health and air quality, while also benefiting our climate. Furthermore, Liu added that achieving the goals of the Paris agreement is likely impossible without cutting SLCP emissions.

The UN calls for every country to commit to “achieving air quality that is safe for its citizens, and to align its climate change and air pollution policies, by 2030.”