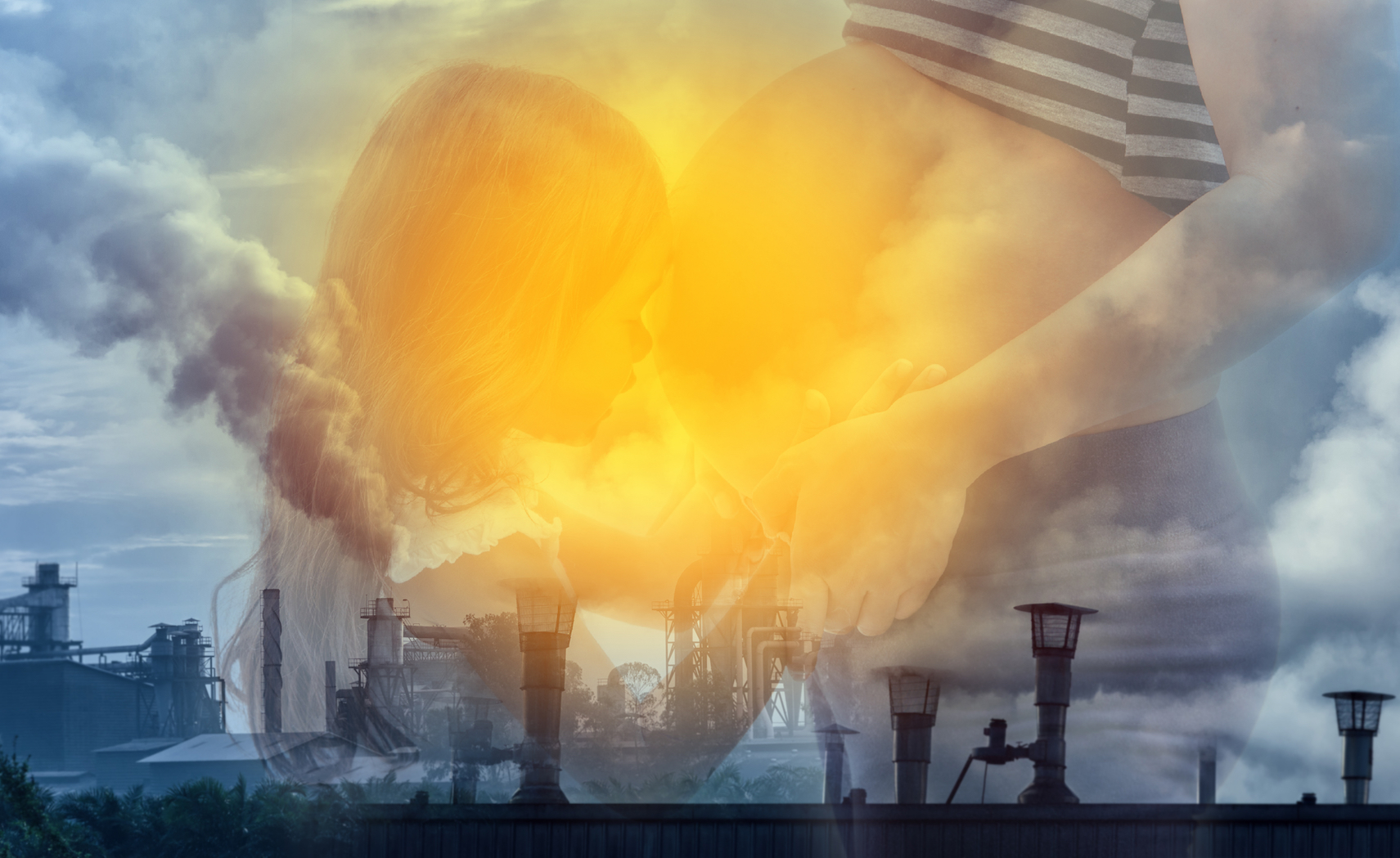 Exposure to air pollution during the third trimester among pregnant women has been linked to an increased risk of high blood pressure in their children.

Direct exposure to fine air pollution (PM2.5) was associated with high blood pressure in both children and adults in previous studies, and is a serious cause of illness and premature death worldwide.

Dr. Noel T. Mueller is an assistant professor of Epidemiology at the Johns Hopkins University Bloomberg School of Public Health.

“Ours is one of the first studies to show breathing polluted air during pregnancy may have a direct negative influence on the cardiovascular health of the offspring during childhood,” said Dr. Mueller.

The study was focused on data from the Boston Birth Cohort study for 1,293 mothers and their children. The children’s blood pressure had been recorded at all of their physical examinations from age three to age nine.

After accounting for other contributors to high blood pressure in childhood, the team found that children who were exposed to higher levels of fine particle pollution were 61 percent more likely to have elevated systolic blood pressure during childhood compared to those exposed to the lowest level of PM2.5.

“These results reinforce the importance of reducing emissions of PM2.5 in the environment,” said Dr. Mueller.

“Not only does exposure increase the risk of illness and death in those directly exposed, but it may also cross the placental barrier in pregnancy and effect fetal growth and increase future risks for high blood pressure.”

Air pollution levels were calculated for the residential addresses of the mothers using data from the Environmental Protection Agency’s (EPA) air quality monitor for each trimester.

The highest category of PM2.5 concentrations observed in this study were actually lower than the EPA’s National Air Quality Standard, which is 12 micrograms per cubic meter.

“The science on the health effects of air pollution is under review by the EPA. The findings of our study provide additional support for maintaining, if not lowering, the standard of 12 micrograms of PM2.5 per cubic meter set in 2012 by the National Ambient Air Quality Standards under the Clean Air Act,” said Dr. Mueller.

The study is published in the American Heart Association’s journal Hypertension.