Exposure to air pollution can increase the risk of mouth cancer • Earth.com 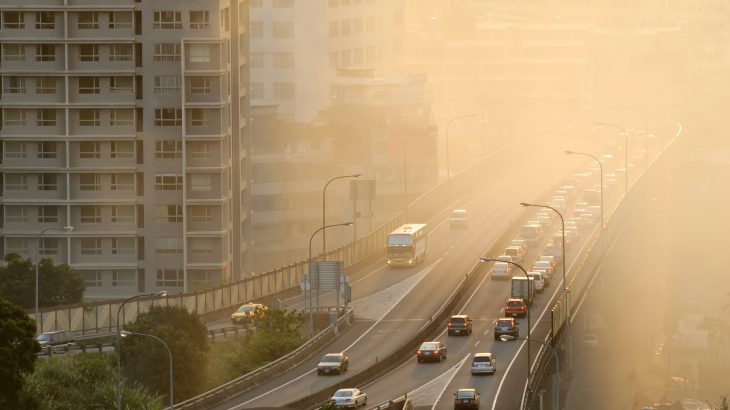 Exposure to air pollution can increase the risk of mouth cancer

Researchers have found that high levels of air pollutants such as fine particulate matter (PM2.5) and ozone are linked to a higher risk of developing mouth cancer. In many parts of the world, the number of new cases and deaths from mouth cancer are increasing.

Some of the known risk factors for mouth cancer are smoking, drinking, and human papilloma virus. It is also believed that the disease may be caused by exposure to heavy metals and emissions from petrochemical plants.

Air pollution has been found to negatively affect respiratory and cardiovascular health. To investigate whether air pollutants may also play a role in the development of mouth cancer, the researchers analyzed information in national health, insurance, cancer, and air quality databases.

The study was focused on the health records of 482,659 men in Taiwan aged 40 and older who had provided information on smoking or chewing tobacco.

The experts also examined the average levels of air pollutants measured at 66 air quality monitoring stations in 2009. Incidence of mouth cancer was then linked to local area readings for air pollutants.

In 2012 to 2013, 1,617 cases of mouth cancer were diagnosed among the men. As expected, smoking and frequent chewing were significantly associated with heightened risk. High levels of PM2.5 were also found to increase the chances of a mouth cancer diagnosis.

After accounting for any factors that could have influenced the outcome, the researchers determined that rising levels of PM2.5 are associated with an increasing risk of mouth cancer.

It is not yet clear how air pollutants might contribute to mouth cancer, and further research will be needed to investigate. The study authors pointed out that some of the components of PM2.5 include heavy metals, as well as other known cancer-causing compounds.

The researchers concluded: “This study, with a large sample size, is the first to associate oral cancer with PM2.5. These findings add to the growing evidence on the adverse effects of PM2.5 on human health.”

The study is published in the Journal of Investigative Medicine.