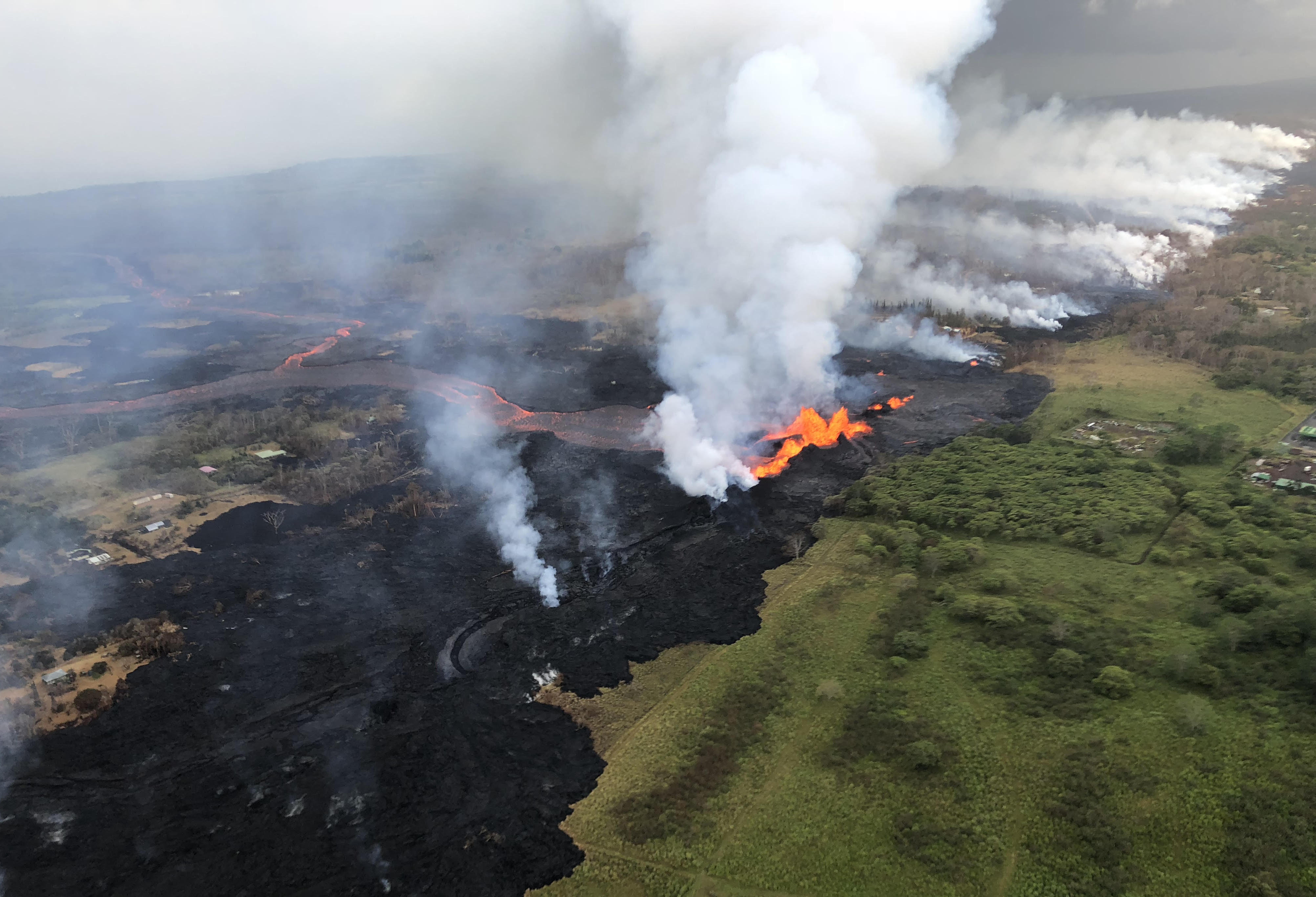 After nearly 3 weeks of unpredictable behavior, Hawaii’s Kilauea volcano erupted again on Monday evening. Geologists warn that the volcano is entering into a more violent phase, which will generate larger volumes of lava that can travel farther.

Toxic sulfur dioxide gas has reportedly tripled in the last few days. A river of lava that traveled through four miles of forest and farmland is now pouring into the Pacific Ocean.

When scorching hot lava makes contact with cooler ocean waters, there is a chemical reaction that propels plumes of lava haze, or “laze,” into the sky. The steam cloud is hovering over the coastline filled with hydrochloric acid and fine particles of glass, which could be shifted by wind.

New fears have also emerged as lava advances deeper onto the property of the Puna Geothermal Venture Plant, now moving within just 300 yards of one of the plant’s underground wells. If the lava reaches the wells, it could create hydrogen sulfide, a poisonous gas that has the distinctive smell of rotten eggs.

Thomas Travis is an administrator of the Hawaii Emergency Management Agency. He warns that the scorching lava could breach the steel that has been used to secure the wells.

“That’s why having lava flow across the well causes some uncertainties that have to be dealt with,” Travis told USA Today. “To our knowledge, no one has faced this before.”

The geothermal power plant, which supplies power to about 25 percent of the Big Island, has been shut down and around 50,000 gallons of flammable gas has been removed from the property.

Uncertainty persists among hundreds of evacuees who have no relief in sight, while further evacuations could be issued at any time if lava invades new regions of highways or if air quality worsens.

“Residents in the affected area should be prepared to leave the area with little notice due to gas or lava inundation,” stated the Civil Defense agency. “Take action necessary to prepare ahead of time.”

The Kilauea volcano is one of the most active volcanoes in the world. According to the U.S. Geological Survey, the volcano has been continuously erupting since 1983, but has not been explosive until now. The last time Kilauea saw a period of explosive activity was 94 years ago this month, in 1924.