Air quality progress has stalled in the United States • Earth.com 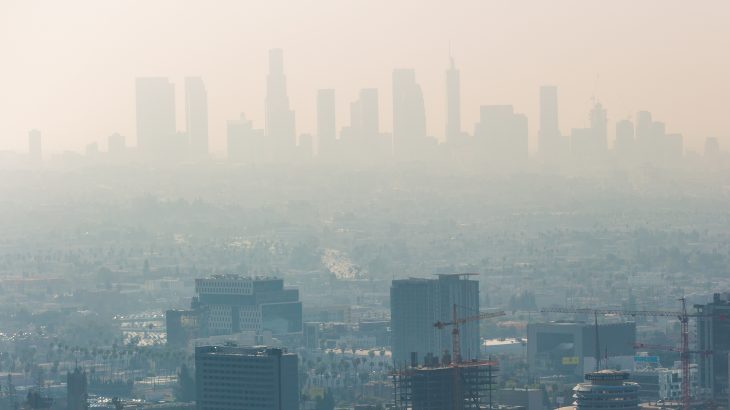 Air quality progress has stalled in the United States

According to a report from the Associated Press, air quality in the United States has experienced a decline after decades of improvement. Federal data has revealed that there were 15 percent more days with unhealthy air quality in 2017 and 2018 compared to the average from 2013 through 2016.

The news comes at the same time that the Trump administration has replaced the Clean Power Plan, which would have helped to gradually phase out the harmful emissions from coal-fired power plants.

While the drop in air quality may not be a full-blown trend at this point, it is notable that there were more polluted days in President Trump’s first two years in office than any of the four years prior.

The president, however, does not seem to be aware of these statistics. Earlier this month in Ireland, Trump was quoted as saying that the United States has the “cleanest air in the world” that has “gotten better since I’m president.”

On the other hand, some experts argue that the factors which influence air quality are too complicated to be definitively tied to a single circumstance, especially considering that many of the causes of pollution are natural rather than human-induced. In other words, air quality may not be in a state of decline as much as progress has simply stalled.

“What you’re seeing is a flattening off of progress as opposed to a major change in the wrong direction,” said former deputy EPA administrator Bob Perciasepe.

The EPA told the Associated Press that the increase in unhealthy air days in 2017 was “largely associated with wildfires” in the west. Regardless of the causes, concerns are growing that looser restrictions on emissions could potentially reverse any progress that has been made.

“Today it feels like the future of our kids and our country is at stake,” said former Obama EPA chief Gina McCarthy. “We do not have the cleanest air and we have not crossed the finish line when it comes to pollution.”